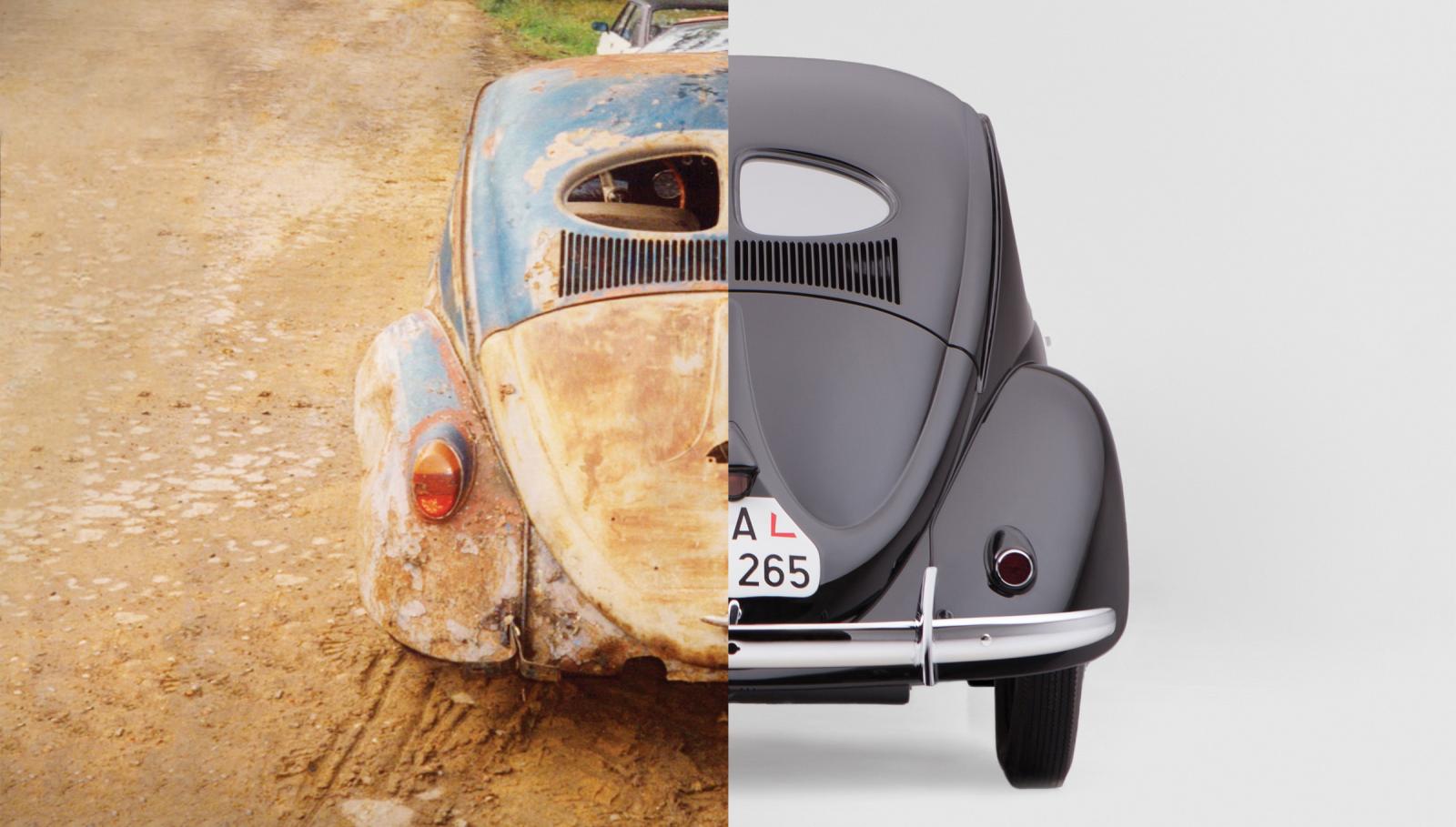 Hey all,
we are coming to you all with an offer to help with unique Beetle project :msn4:
I know it's not a camper but your dear admins also think this is interesting.

Did you know that the oldest serially produced Volkswagen beetle is parked in the Czech garage?
It's been twenty years since veteran lover Ondrej Brom discovered the wreck of unique KdF war Beetle. Now thanks to him the legendary car is cruising the roads again. At the same time a book (published and created by Ondrej Brom junior) showing the whole process of demanding renovation in detail is being published via Kickstarter (it is the cheapest way how to offer the book to you).
The book is in really hight quality in depth with 350 pages and weights almost 2.5kg and we worked on in over 4 years.
Check our project if you like the idea: http://bit.ly/KdF41_samba

Here are the videos (more photos are below the story)

What our friends think about the KdF41 book
[youtube]https://www.youtube.com/watch?v=8WgjKpB8VP4[/youtube]

If you are interested in the whole story of this KdF from 1941, here it is:

Volkswagen Beetle is not just an ordinary car, it's an icon. More than 21 million of these cars have been sold since the start of its production in the 1940s until the end of 2003. It has become the most produced car without any significant change in design in the history. The Czechs can boast with the oldest surviving Beetle. This Beetle is now parked in the garage of the veteran lover Ondrej Brom who was working on the demanding restoration of this gem for several years.

"I have met with this car for the first time in 1988 when I was still a student. I have noticed this car at my brother's friend Ladislav Rojka. The poor thing was parked beneath a giant tree, under the layer of clay halfway through the wheels. It was an ungrateful and sad sight.“recalls Brom.

Nine years later, when he found out that the wreck is for sale, he immediately rushed there. He had only four thousand Czech crowns in his wallet.

"The price was 60 thousand Czech crowns. So I asked the owner if he could wait until I get to the bank. Thank God he agreed,”says Brom.

The history unraveled by the police technician

He had no idea what a gem had acquired when he purchased the wreck of the Beetle. He knew he was the new owner of the original KdF war type, but further information about his car remained a mystery. There was no production label to be found, let alone a body number that could reveal more.

In order to find out the history of this Beetle, Ondrej Brom had to literally do the detective work. He searched for a ways how he could recover the serial number of the car from the body that was covered by many layers of the paint. He consulted with experts, tried special X-rays, even tried to call the Ministry of the Interior. Eventually, he remembered that he have a friend with the criminal police who worked as a technician.

"He came to my workshop with a number of strange things - variety of test tubes and containers full of liquids, droppers and brushes - I felt like in a small chemical lab. He gradually applied the chemicals to the hood of the car. Me and my wife were watching and examining the location where the serial number should be, "recalls Brom.
Eventually, the number 20 revealed under layers of the paint. After the diving into the archives it was clear, the first owner of the KdF was the famous Berlin composer Paul Lincke, who lived in Marianske Lazne, Czech republic since 1943. However, all the Sudeten Germans including him, were relocated after the WWII. But the car remained in Czechoslovakia and was taken by the state health official Zdeněk Krásný. Tesar family owned the car after him.

“Unfortunately the fate of Lincke's car between 1958 and 1997 can not be documented. What I have learned from the memories of Antonín Tesař the Younger is that the sale of the car happened sometime in 1958. However, I was not able to find out who bought the vehicle. Everything is under the dust of times and fog of a strange totalitarian times in Czech republic,"says From about the history of the car.

Fast as during the war

After investigating the history of the car, the current owner went through true and honest renovation of the car that took him several years. His work was also complicated by the fact that very few photographs and other materials on KdFs from 1941 have been preserved. Despite all of that, Brom went all out and tried to get the smallest details into a form that most closely represented the 1941 reality. He tried many types of paint, he was handwriting letters and numbers for the license plate in accordance with the regulations from November 1940, and was looking for original parts amongst foreign dealers. But not everything went smooth. One time Ondrej Brom auctioned KdF Beetle war speedometer on the ebay. "It was not clear from the photos whether it was an original component or a replica, but I did not have any choice at the time and I bought the speedometer," recalls Brom. As soon as he had unpacked the box with the speedometer, it was crystal clear that it is a scam.

Despite of all the obstacles, he managed to complete the renovation of the car successfully, and the KdF war Beetle is cruising the roads again. Almost in the same form as nearly seventy years ago.

"It is not possible to compare the driving ability of this car with any modern cars. Nevertheless, driving is very pleasant, especially when everything works the way it suppose to. The 958 cc engine was a great surprise for me. The engine is very flexible and it can make the car easily go 100 kilometers per hour, just as it was at the time when the car was produced,"says Brom.

The large-format book is published in Czech and English. Anyone interested can buy it on Kickstarter, the campaign is launching these days. There are many different rewards prepared for the enthusiasts who decide to support the project in a form of large-format photographs, posters and calendars with the legendary KdF Beetle and much more. You can watch video interviews with a team involved in the vehicle renovation as well as other major collectors of KdF cars on the projects Facebook page (www.facebook.com/KdF41).

Specs of the KdF41


Photos of the car and the book: 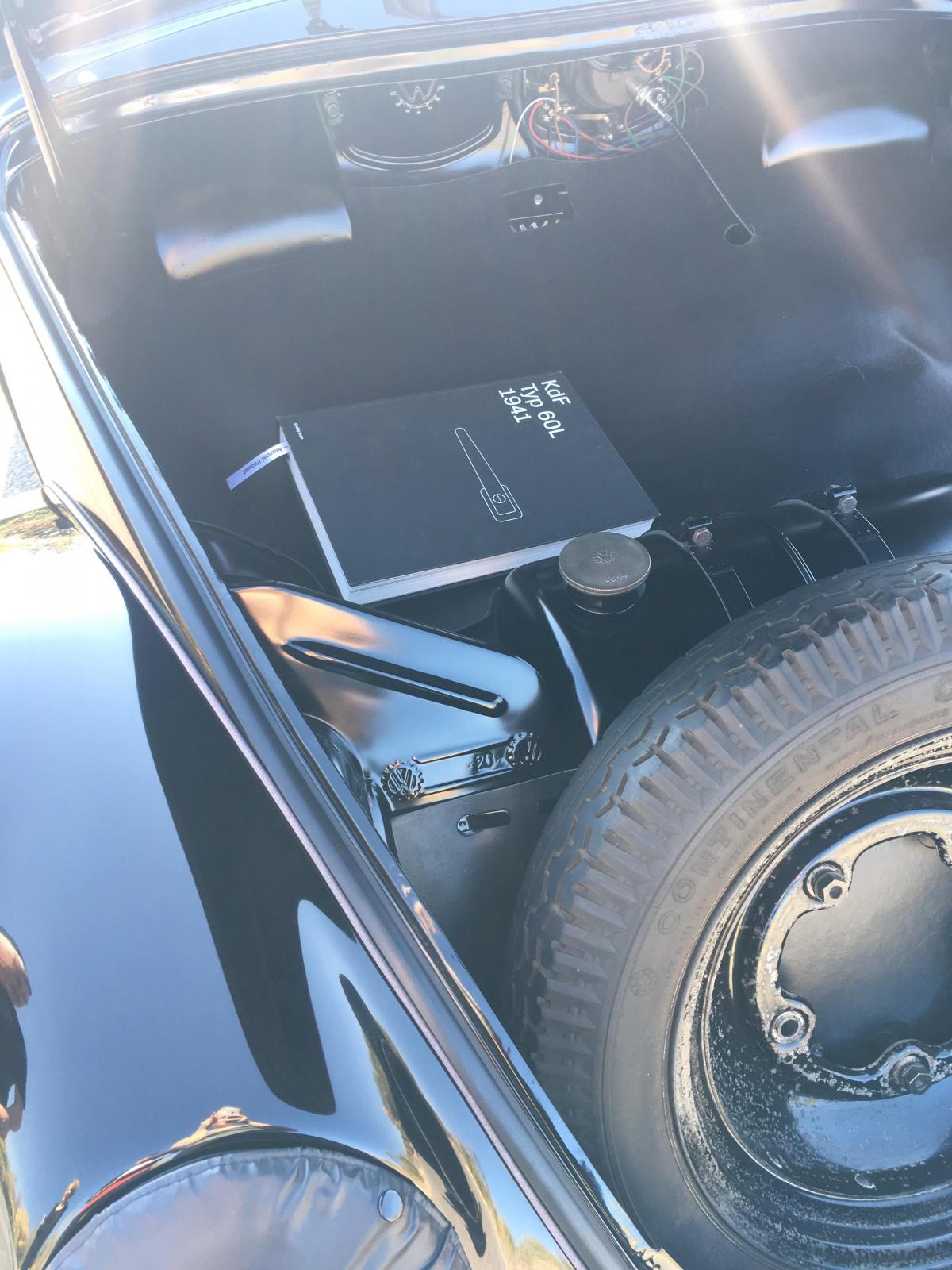 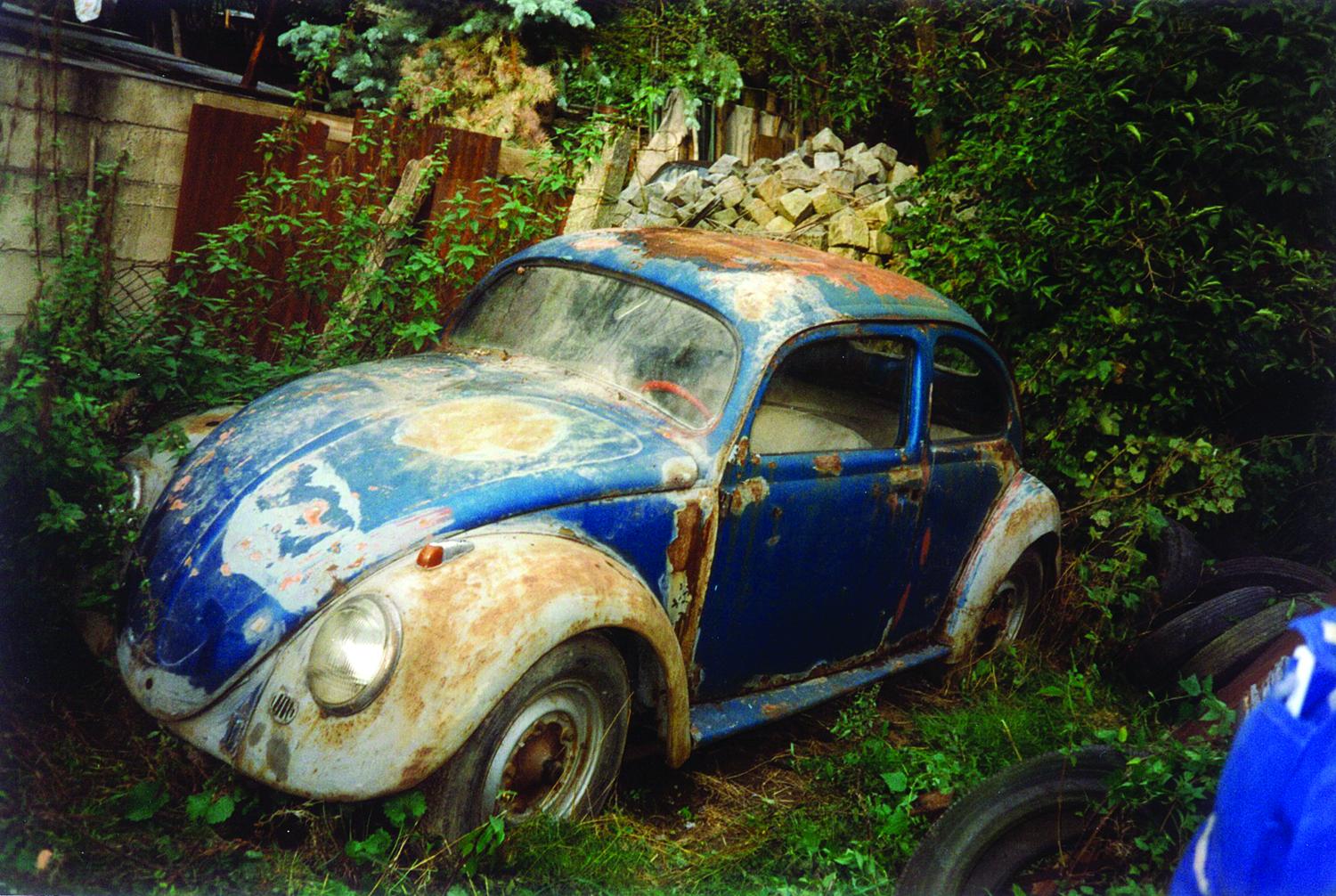 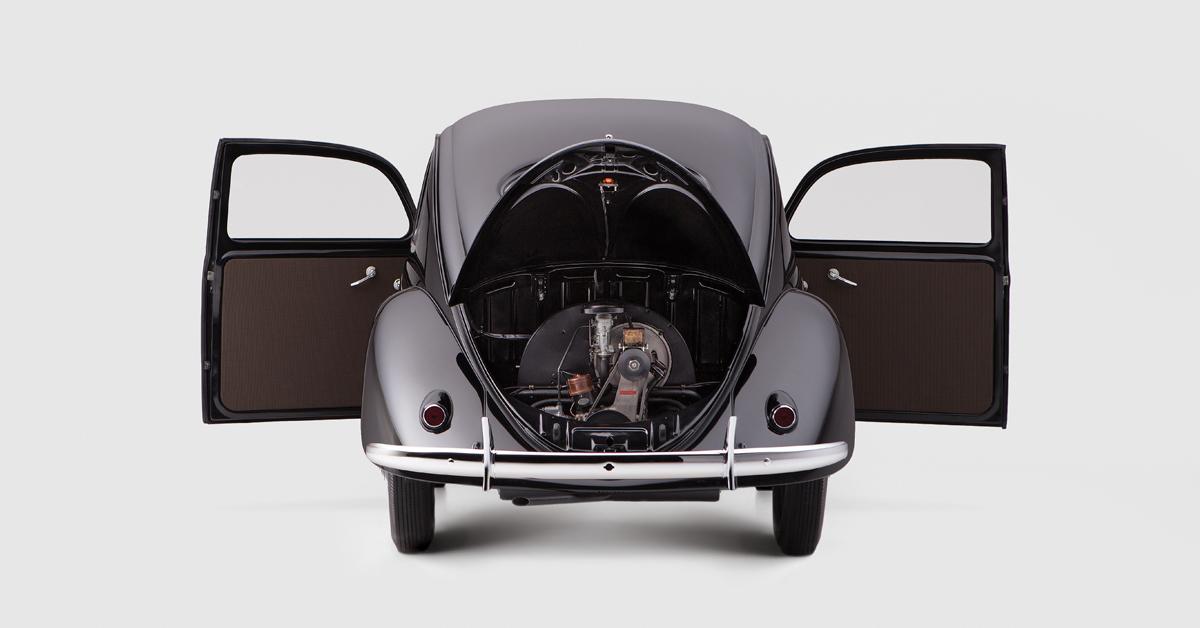 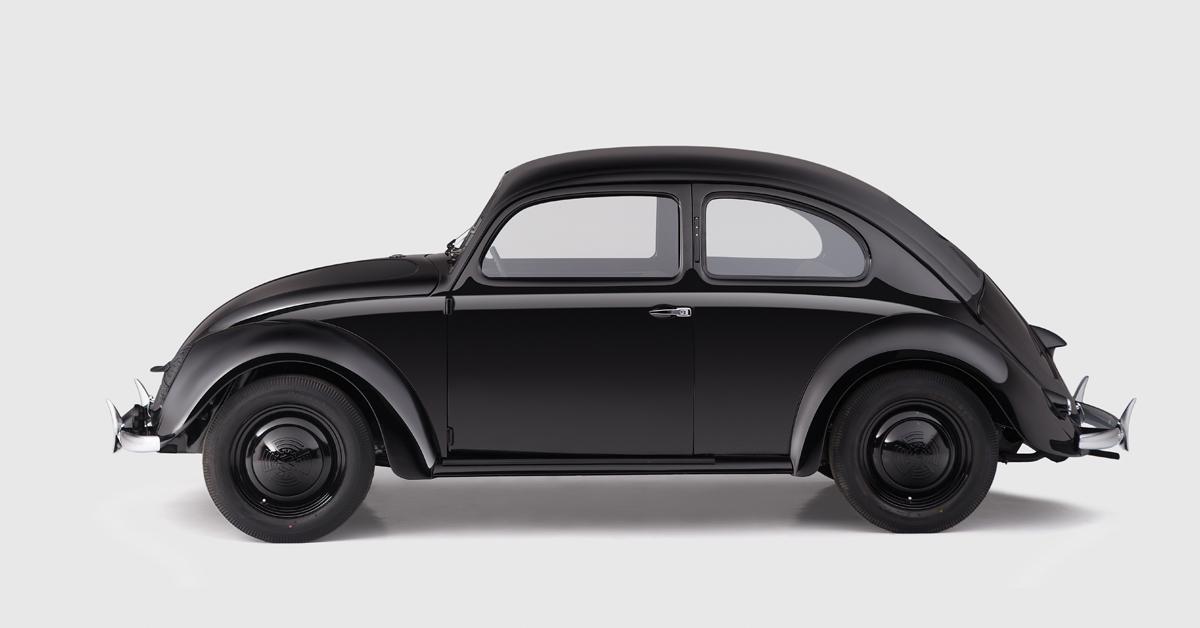 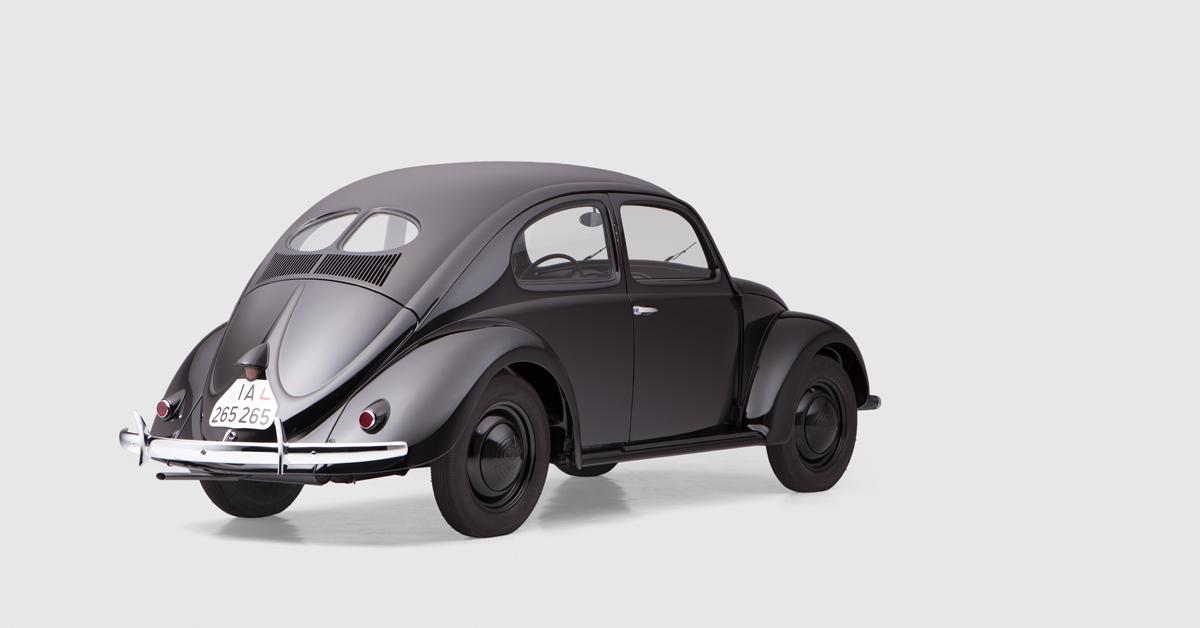 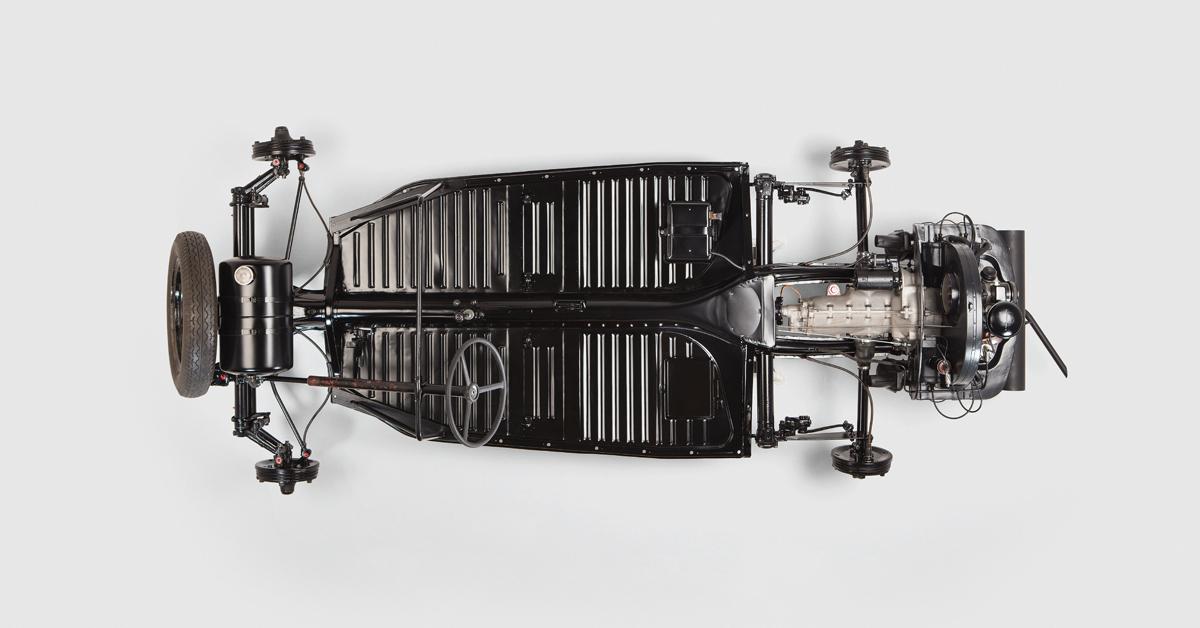 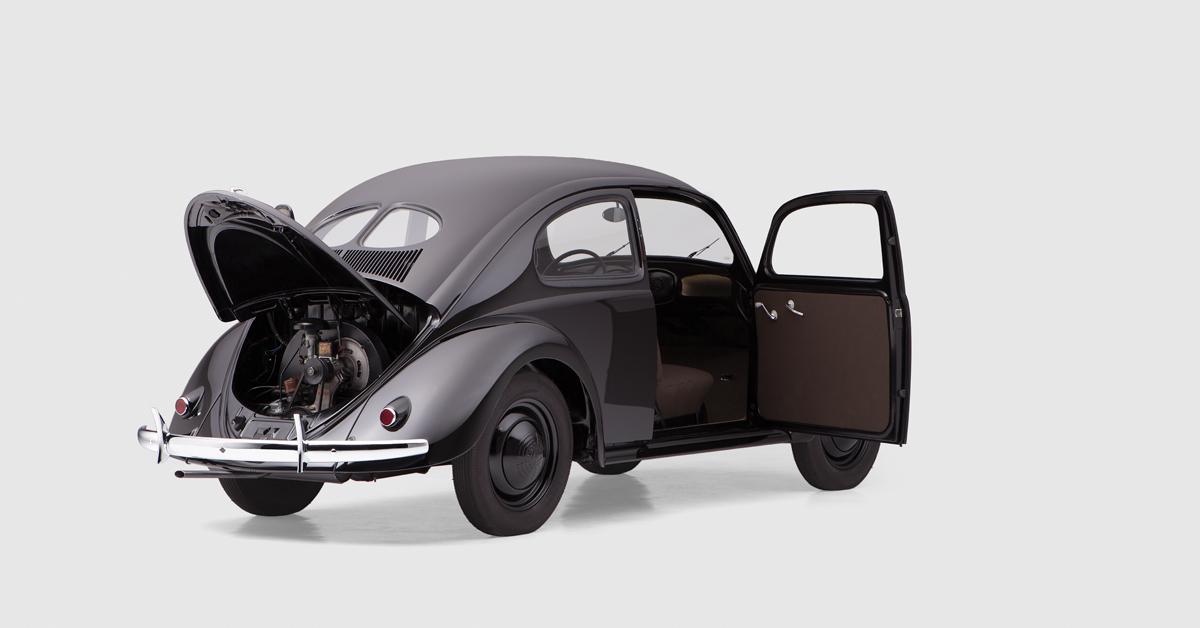 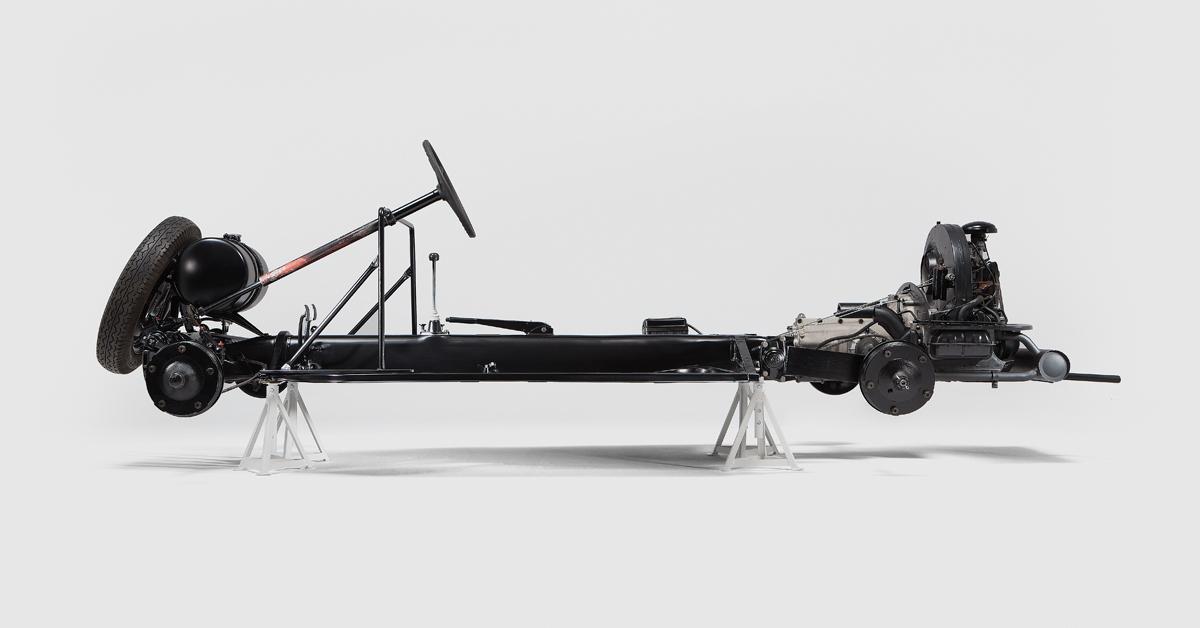 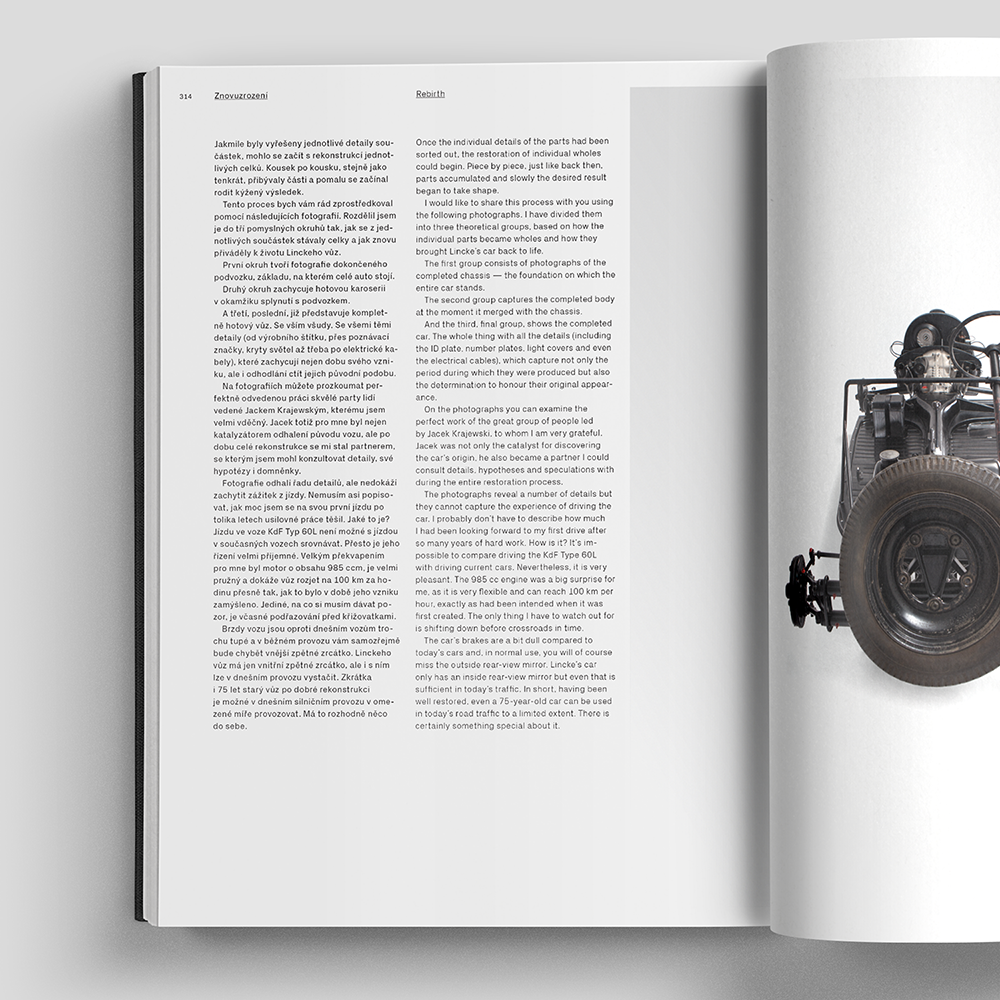 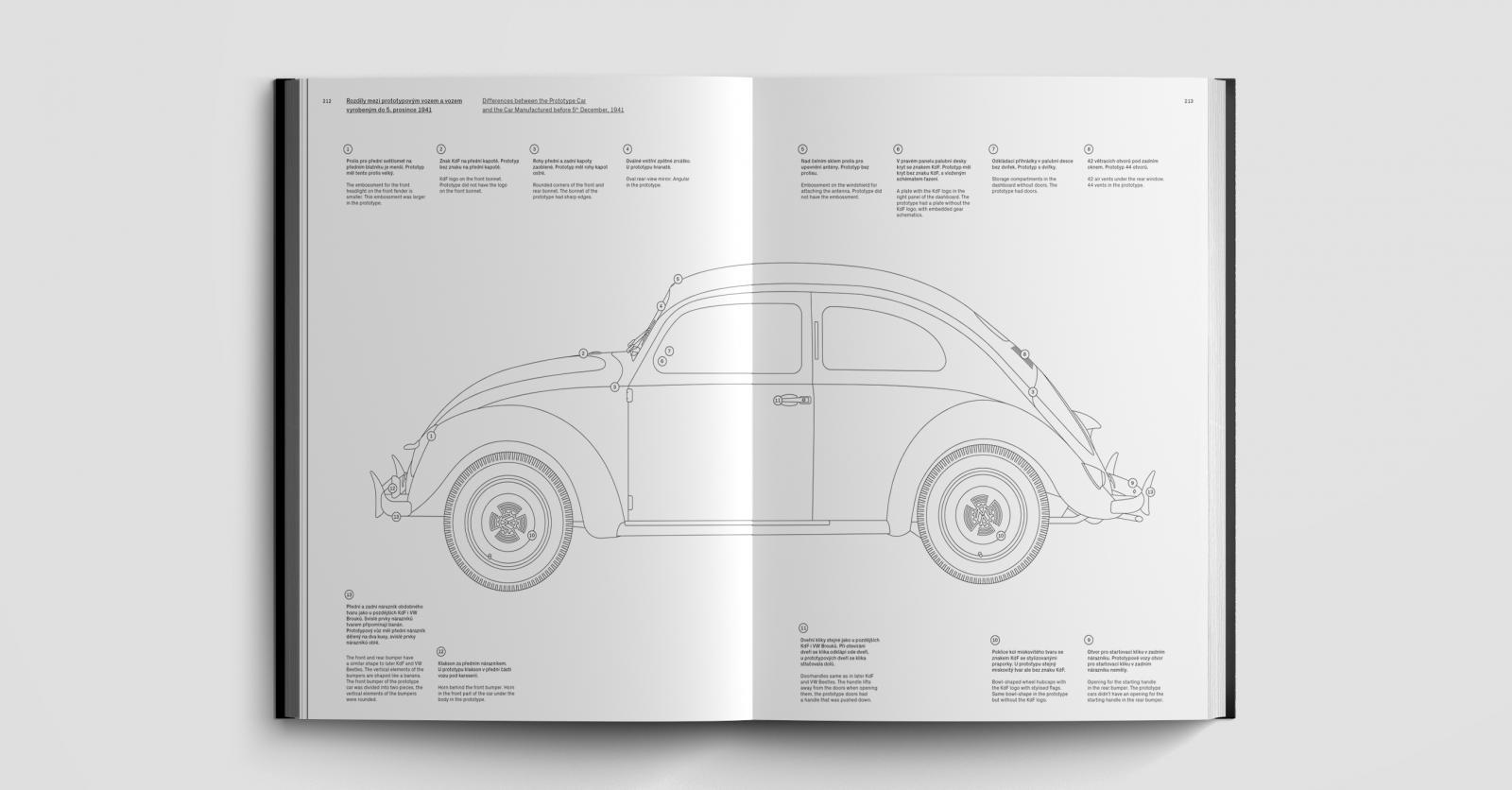 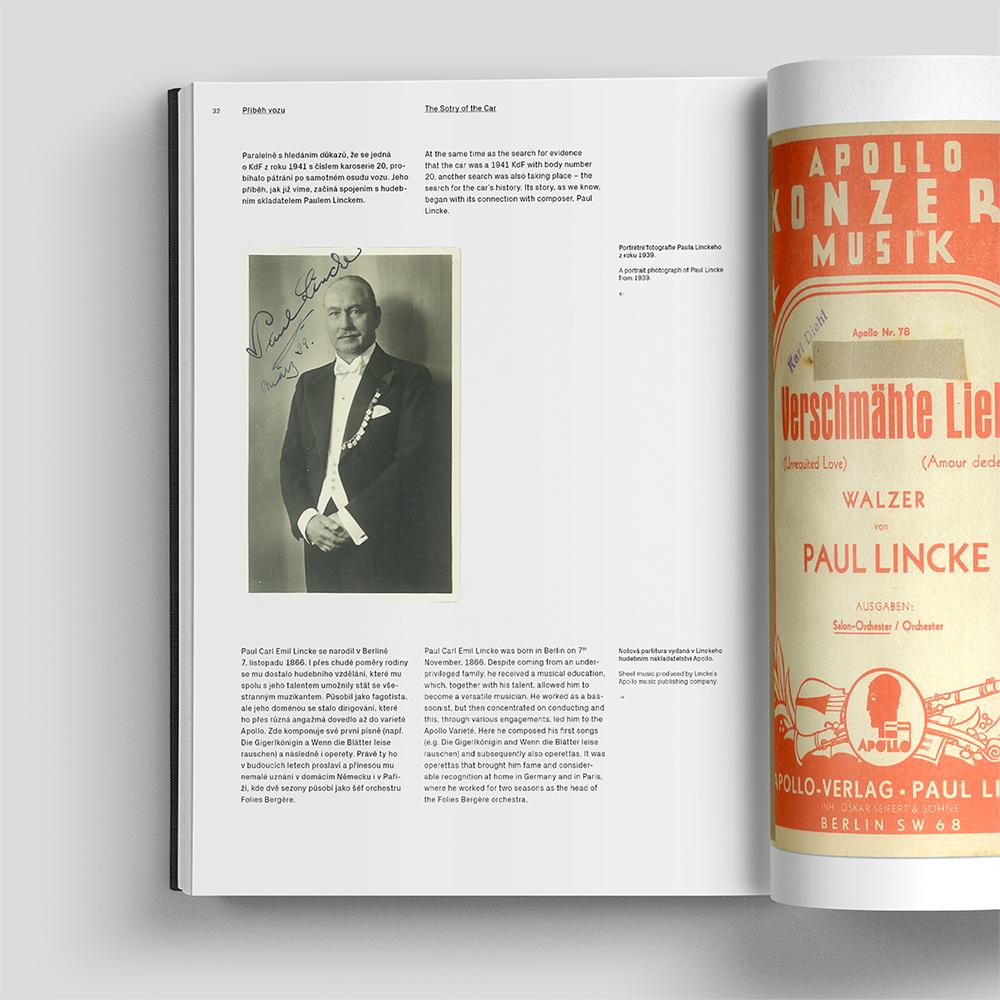 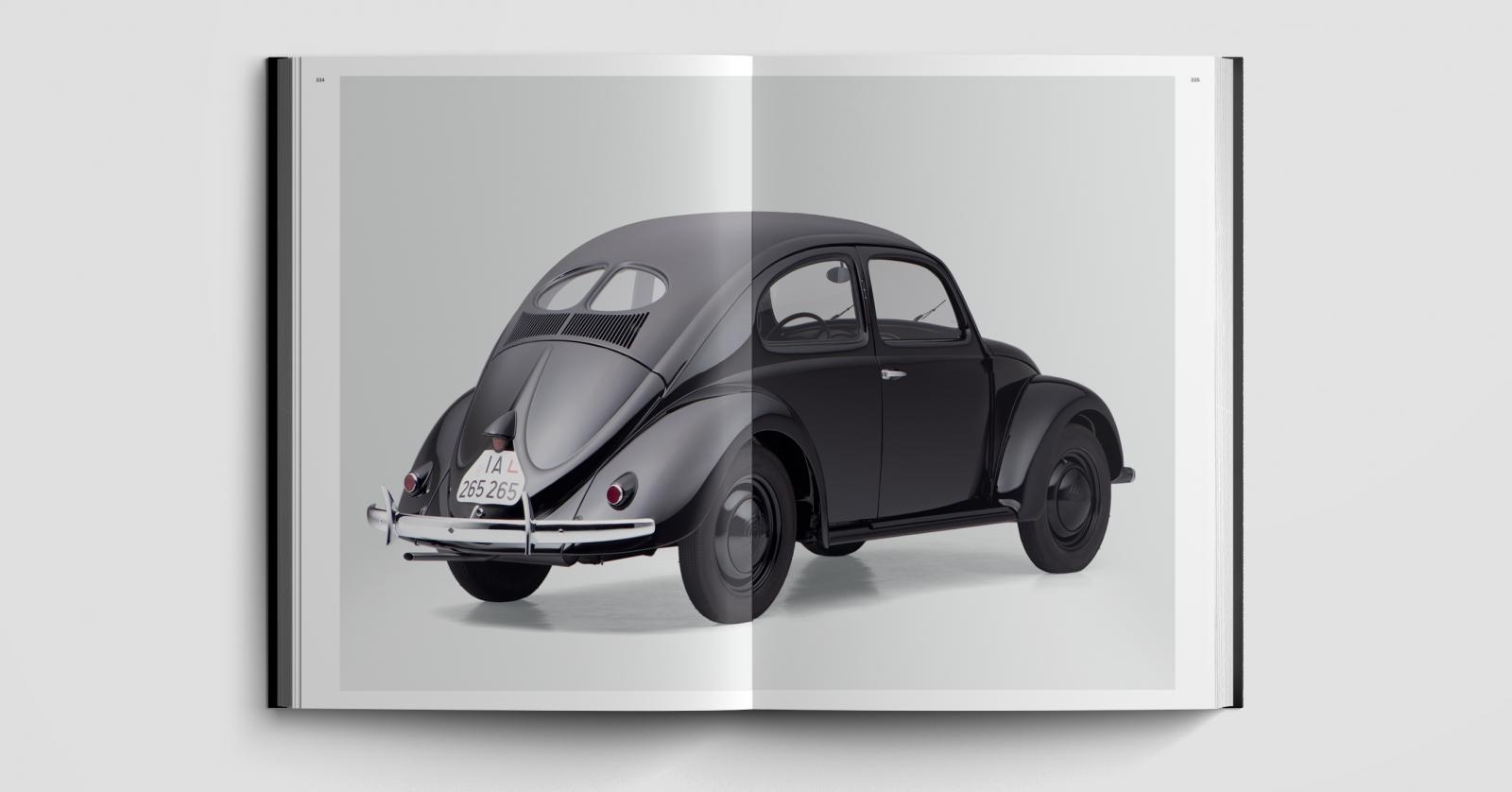 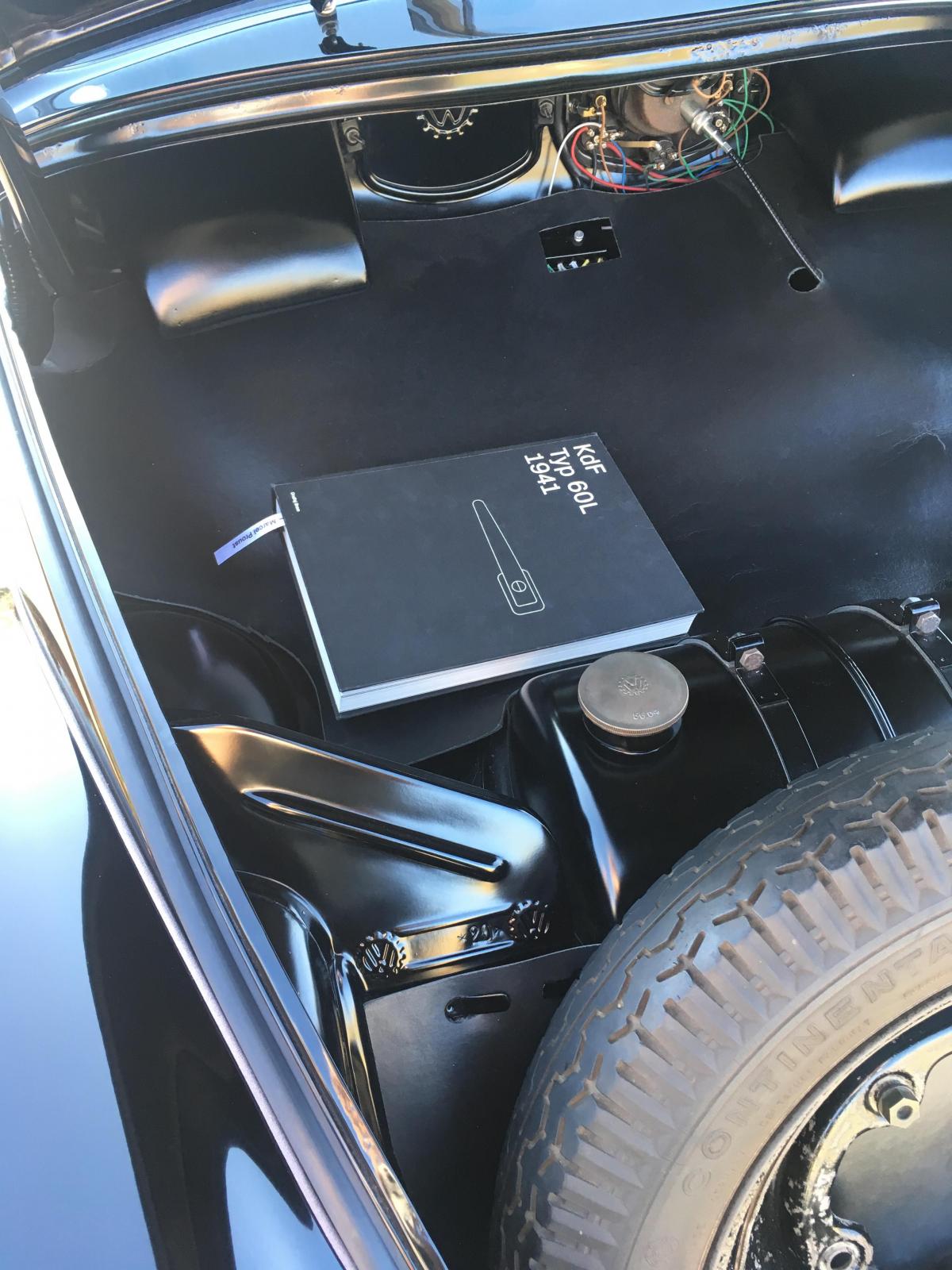 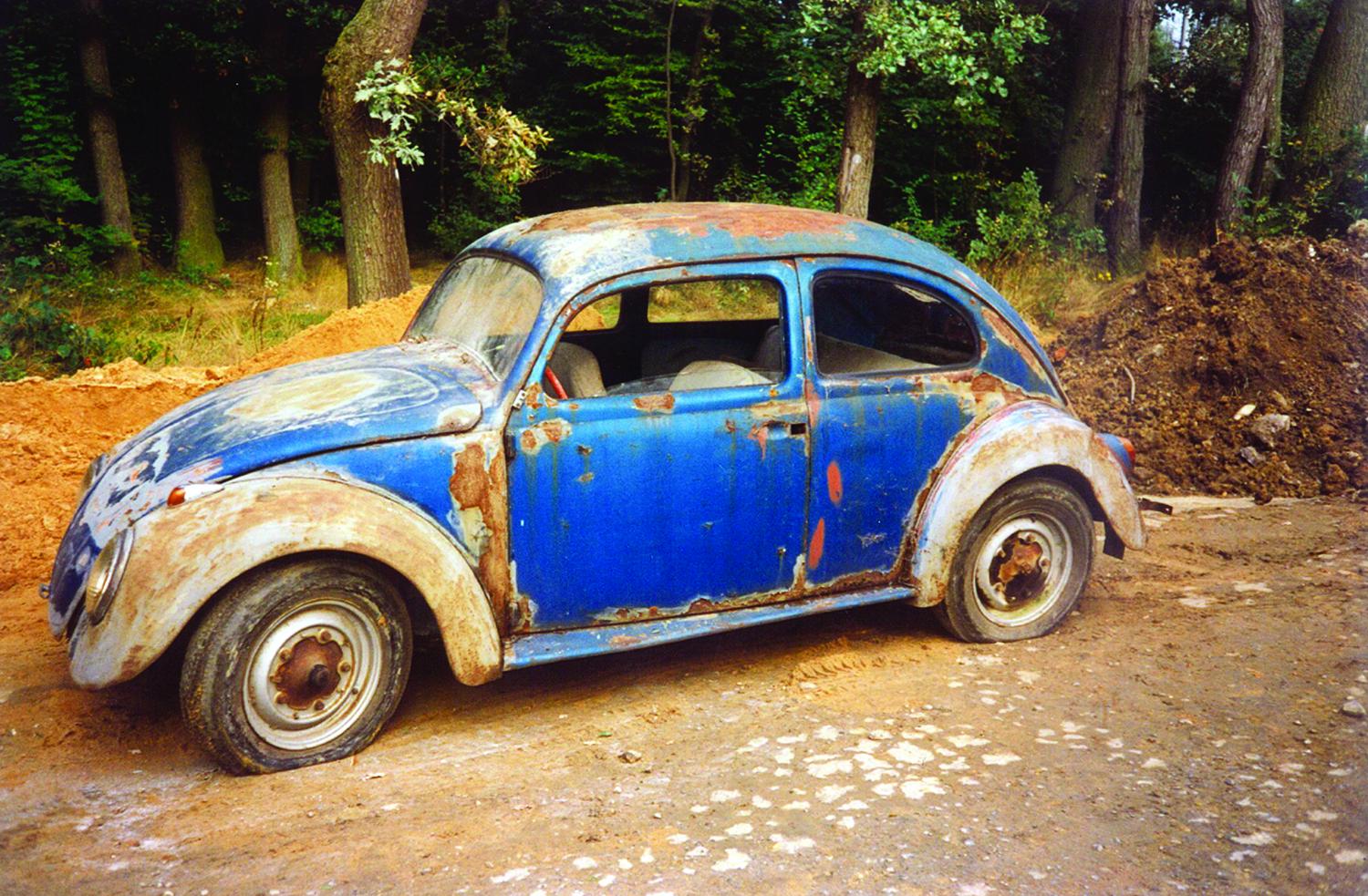 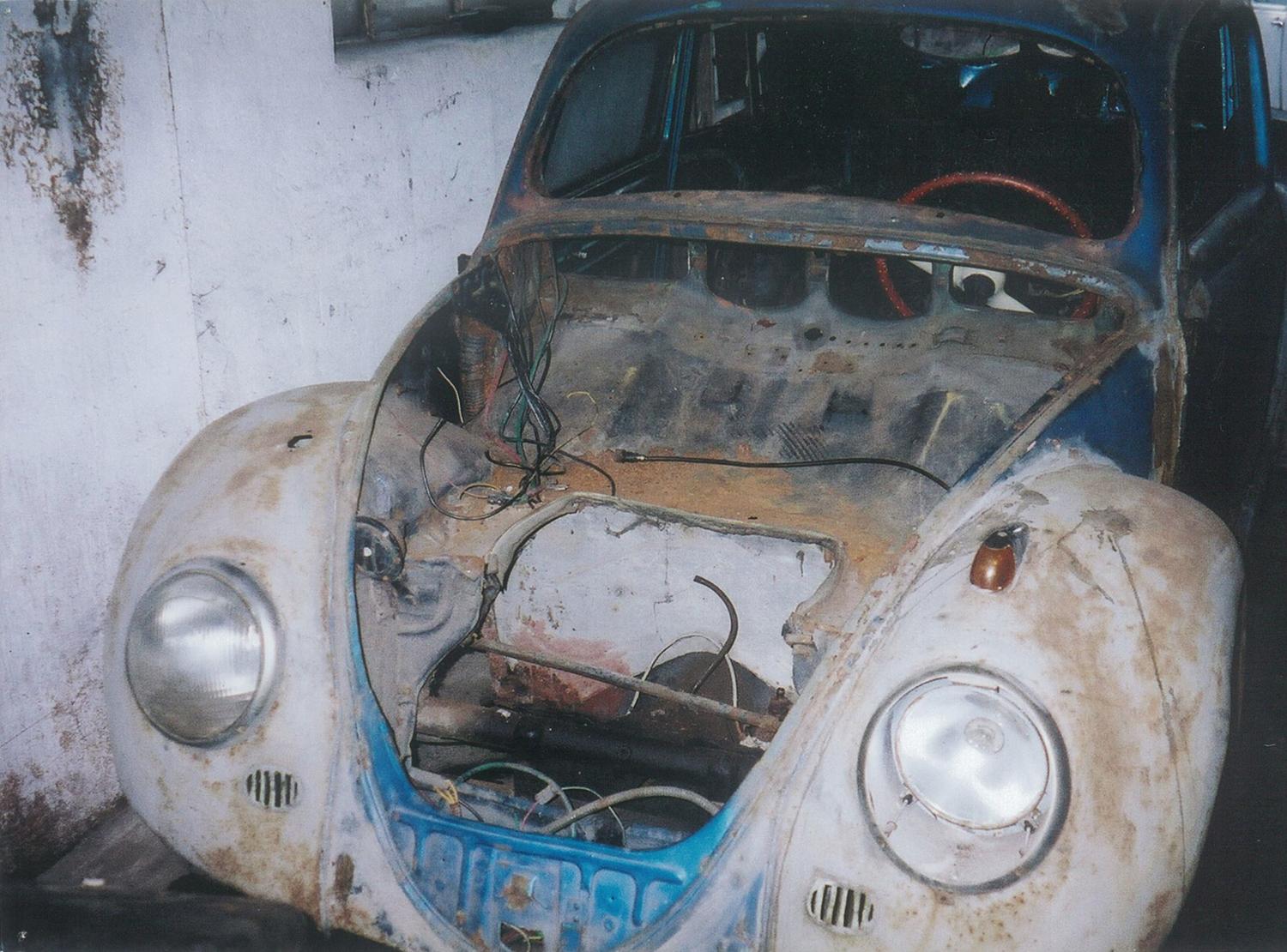 Interesting story, that's one hell of a resto !
J