Hi all, hope most of you have had an enjoyable 4 days off! Whilst most of my time has been taken on repairing the daily, I’ve turned to doing a quick refurb on my cooling flaps whilst the rest of the tin is away for powder coating. I’ve stripped them down, and the ‘exploded’ parts are in the picture below. 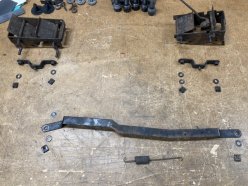 Firstly, there seems to be some washers / spacers missing - does anyone have an exploded diagram or parts list to show what I’m missing please?

Secondly, are there any refurb parts available to replace the brittle rubber bits and the plastic bushes, which are a bit tired after all this time!?
6

Well if I remember correctly I think you have the right amount of thrust washers , the extra one on the right in the pic should be on the cross bar like the left hand side is. 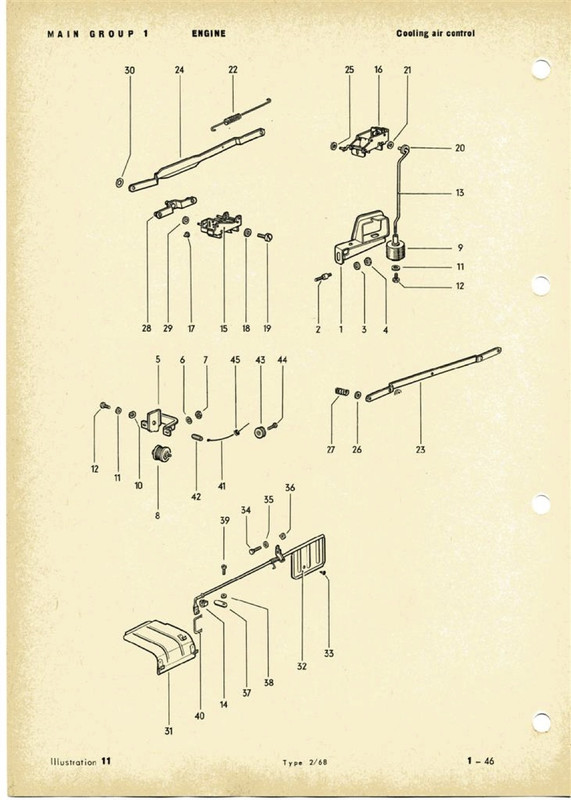 Hi, how are your cooling flaps?

Cheers, Si, yes that is a big help. Not as many washers as I was expecting - I figured that there’d be something to stop the linkages from flapping around, but they seem to have been designed to be mega floppy, presumably to reduce any chance of the thermostat from not being able to operate them.

After a thorough degrease, I’ve also twigged that there are no plastic bushes and the flaps just pivot on some kind of press-in metal bush. That’s one less thing to have to try and replace! I’m going to give them a quick wire wheel and hopefully be able to give them a lick of paint. There are two little rubber buffers for the flaps to rest against when they are open / closed (can’t remember which way round they are) which I’ve ordered something that I think will work as a suitable replacement.

B
Brake Warning Light - Mod to use a Buzzer?