This is my little bus, and how he’s looking at the moment. 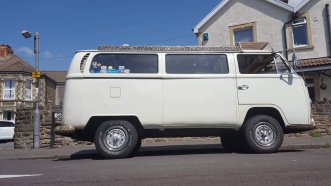 Still sporting a little leapardytosis. Gurt big mee roars and a spline lift on the ass end, a tad raise of half an inch ish on the front courtesy of repurposing the coil overs used back in the lowering process. Maxis fourteen inch Worm Drive All Terrain tyres on stock steelies painted with Lidls own finest silverhammerite , stainless shiny beauty rings and chromed plastic nut covers, a little letter detailing which ensures a job for life In the noisey cupboard we have a fairly new Brazilian (I think) 1641 that has had several rocker gear issues, now finally sorted and running nicely after opening him up and sorting out that cam shoulder bearing fiasco. Twin 34 Webbers jetted to a mystery formula but operated by a nicer set of central bell crank levers now and got the old and hanging hex bar repurposed as a wall ornament in my garage. Brakes are stock all round and staying that way for the foreseeable future. New insulation all through and new floorings right through the cargo bay right under the rock and roller and up the engine bay wall and over the tank too. Almost ready to Chuck in the towel for this year and just drive it

The list of to dooos gets longer all the time. So don’t go telling me off as I know I know I know.
Propex gas central heating , brand new still in the box and never fitted, bought with a group buy on this very site maybe ten years ago, still sat on a shelf in the garage.
Fire extinguisher system for the engine bay, same as above, sat on a shelf but I don’t think this box has even been opened
1776 with some head work and cam and large jugs etc etc full flowed la la la la , super zoorst pipe , sparkrite, but nasty looking carb linkages, been sat there a couple of months ish ??? Bought when three quarters of the way through a bottle of wine on a boring evening on the iPad
New ish transmission under the bench supposed to be the nuts, and mine is screaming like it’s in hyperdrive
New cab floor rubber mats bought maybe a decade ago!
Two litre type four staring moodily at me from under the bench, complete with a pair of carbs and starter and alternator or two, been there at least five years
Butties Bits accelerator linkages still unopened but sat in plain sight on top of my stereo, but it’s only been there about a year ,,,,, or so
New diesel heater and tank, not even got any dust on it yet My mate got it for me a few weeks ago as a little favour
Sort and repaint the pop top now that all the repairs have lasted a year or so

Yep, always something to do, but it’s looking awesome love the slight raise and the AT tyres!! Looking like a Cali bus! Just got to drive it to enjoy it 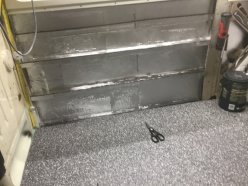 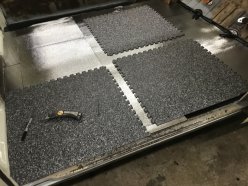 70-CA-Panel said:
Yep, always something to do, but it’s looking awesome love the slight raise and the AT tyres!! Looking like a Cali bus! Just got to drive it to enjoy it

YUP, Finish this little bit of mucking about with the interior and insulating malarkey then drive for the rest of the summer. I’m thinking maybe drive loads this summer because the way it’s going , we may not be able to afford petrol prices next year to go anywhere .
A word of warning though, don’t convert the litres to gallons and work out how much a gallon of super duper E10 is, it’ll break you out in a cold sweat. I’m old enough to remember when it hit a pound a gallon and I said I was gonna give up driving if it got anywhere near

I’d love some at that price now

Ozziedog,,,,,,,,,Boris has got to pay for lockdown somehow