Some very good jobs going on there and liking the colour (and the refurbed units) :mrgreen:

Thanks for the comments [emoji3]. Bit more progress looking fairly respectable now. Time to start on the inside some proper insulation to go with all the new seals.

Really pleased with how the colour has come out.

Bit of Christmas downtime so time to get on with some new soundproofing and insulation. Also fitted the buddy seats and some interior panels covered in new coffee sacks to tidy it up a bit.

Being indecisive about fitting petronix innards to my distributor or stick with servicing points. 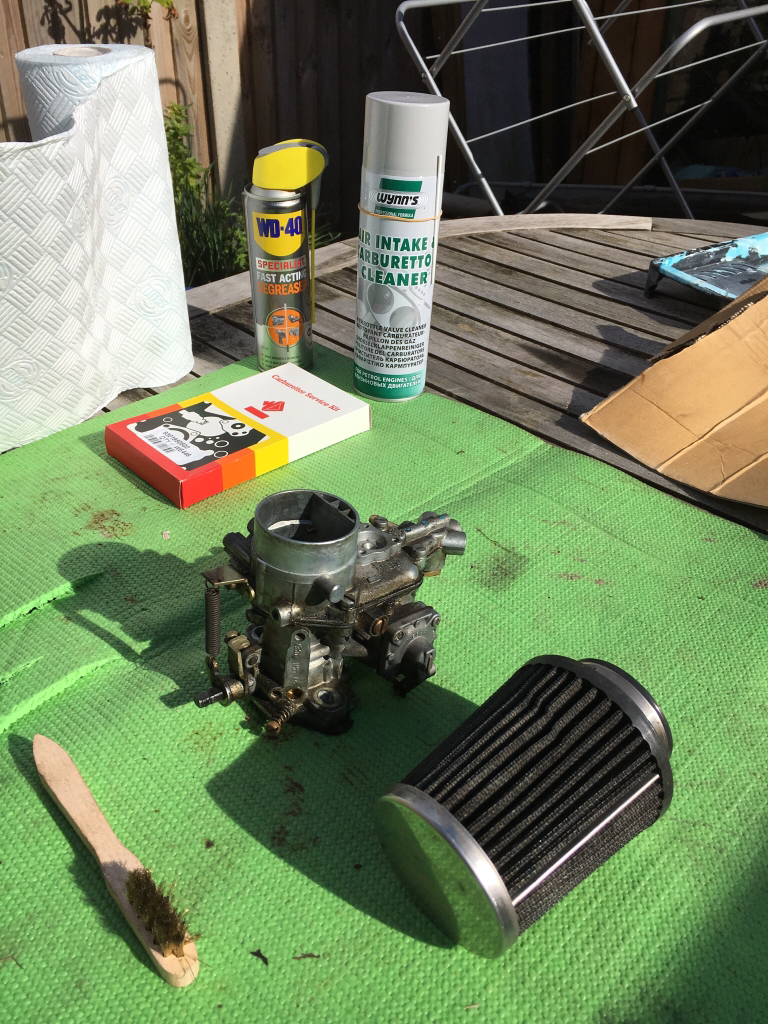 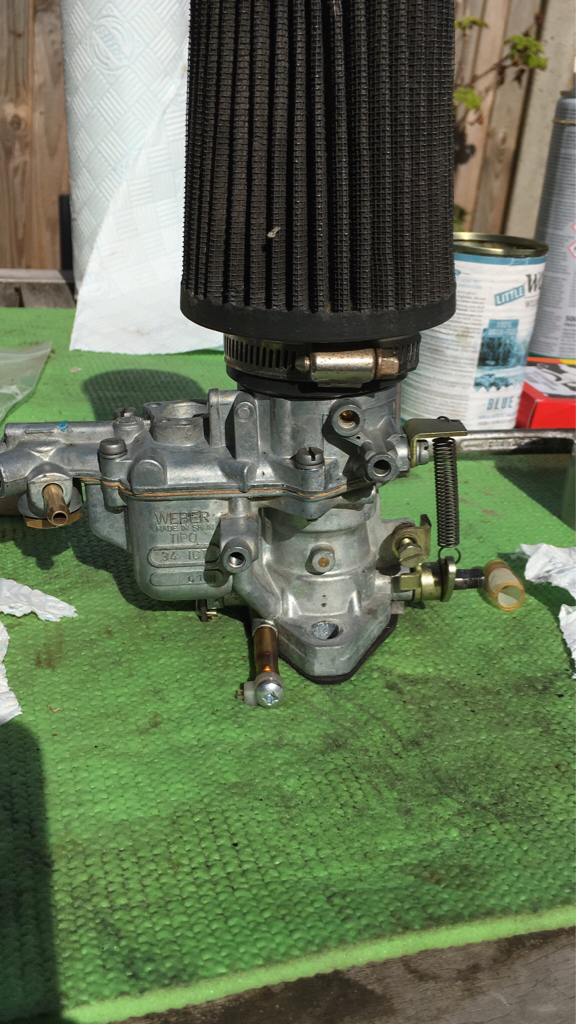 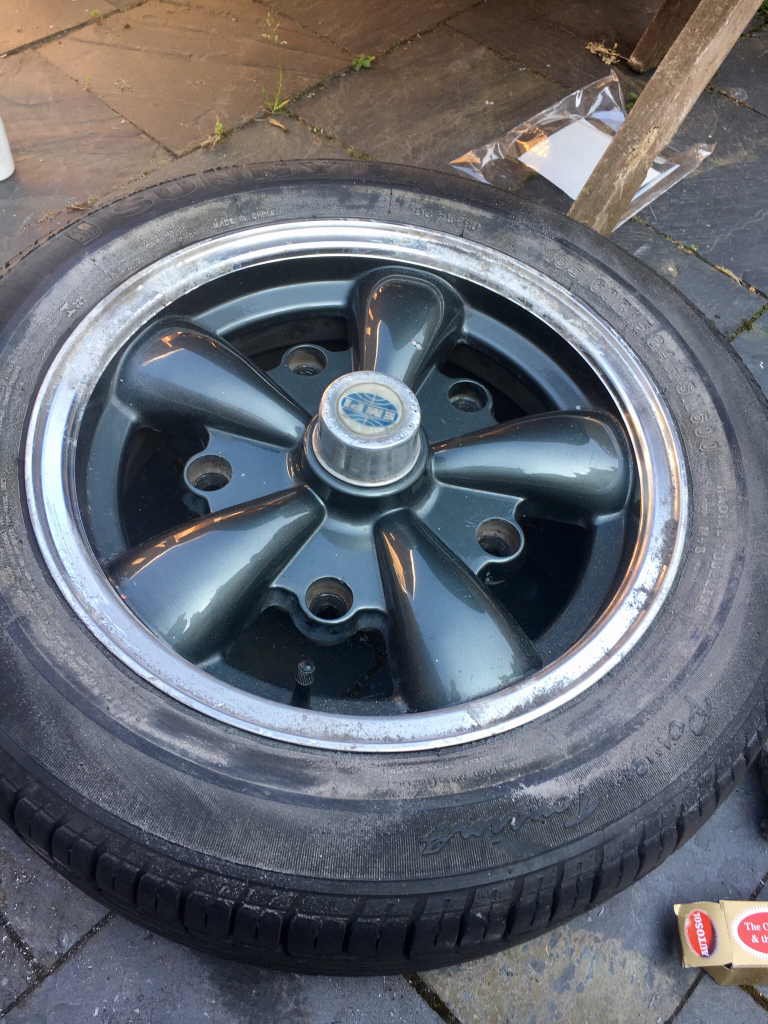 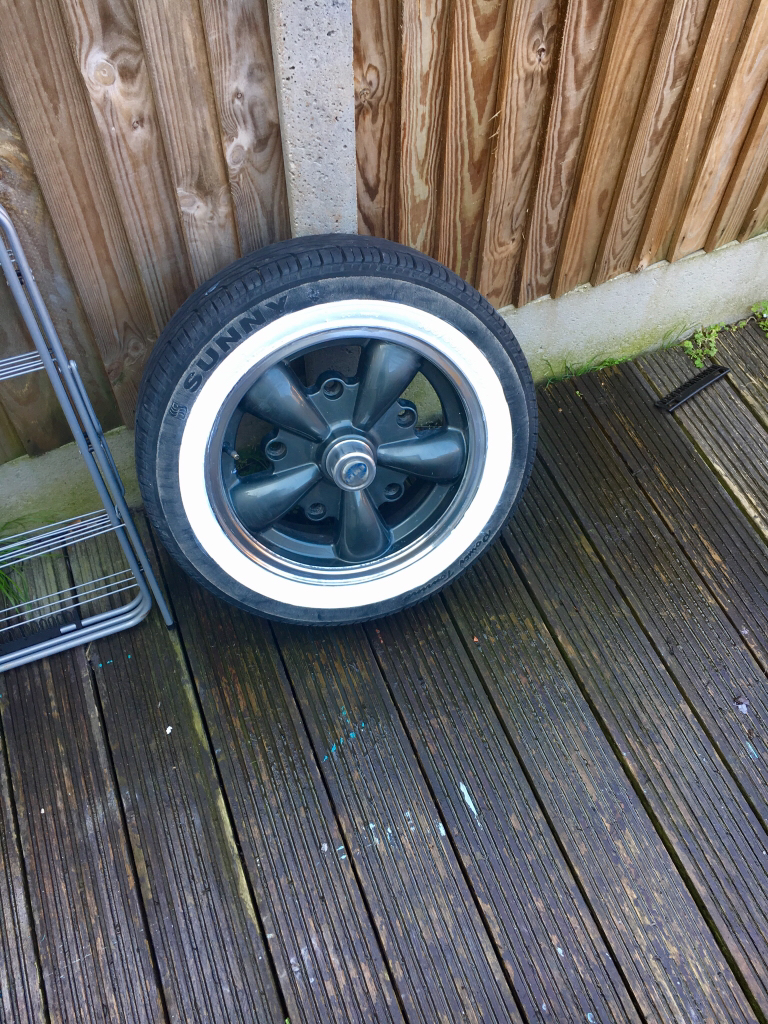 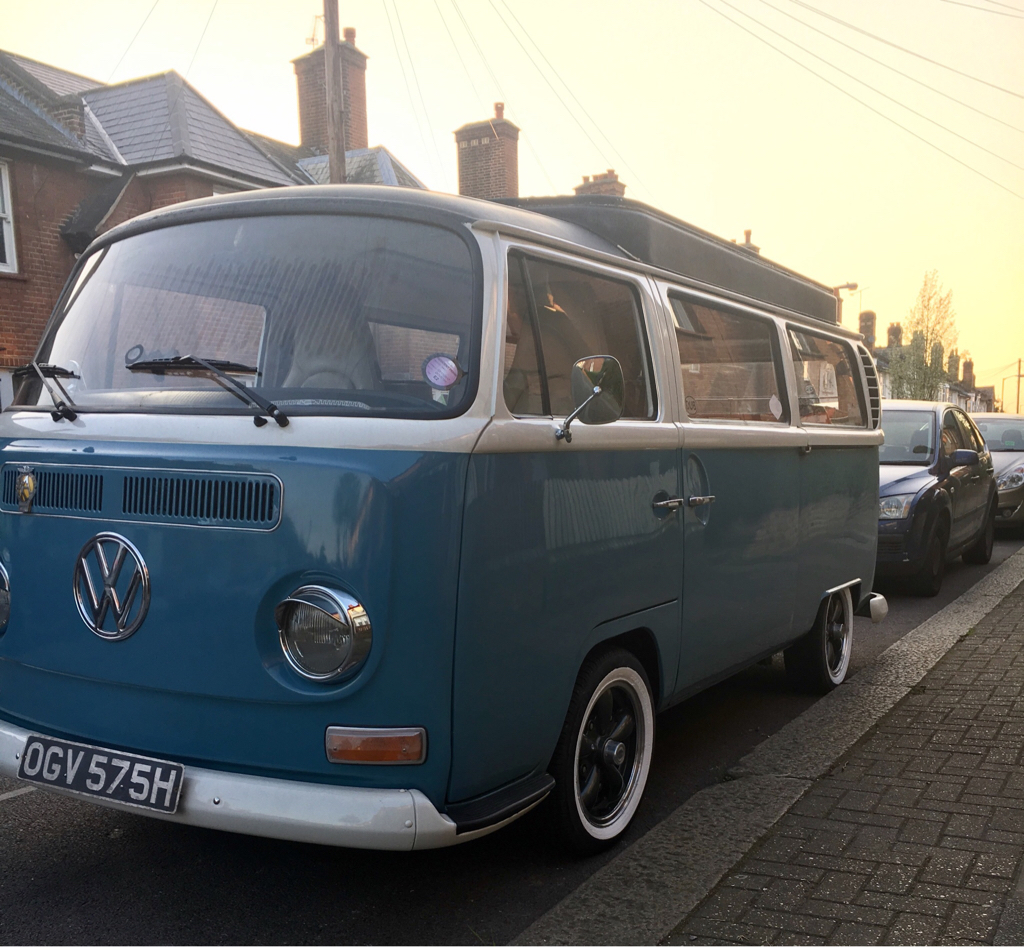 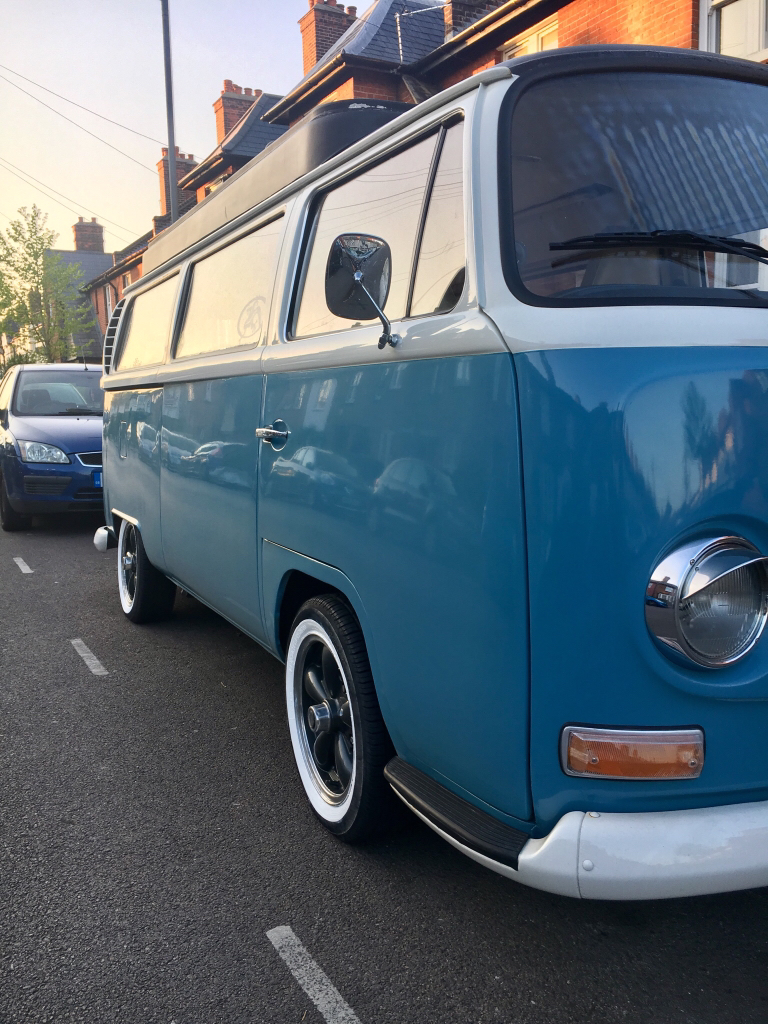 Been a busy summer of using van for our wedding, rear door opening on way to said wedding and dropping a few bottles of wine over the south circular. Plus a few stiches in the end of finger trying to pick them up [emoji23] 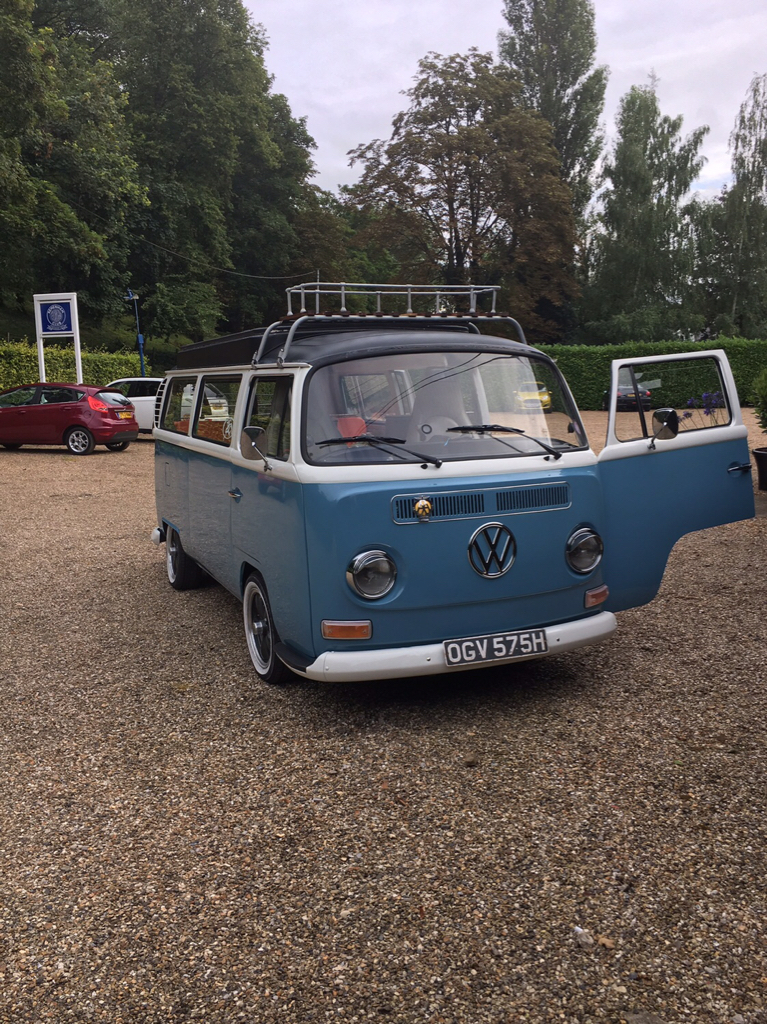 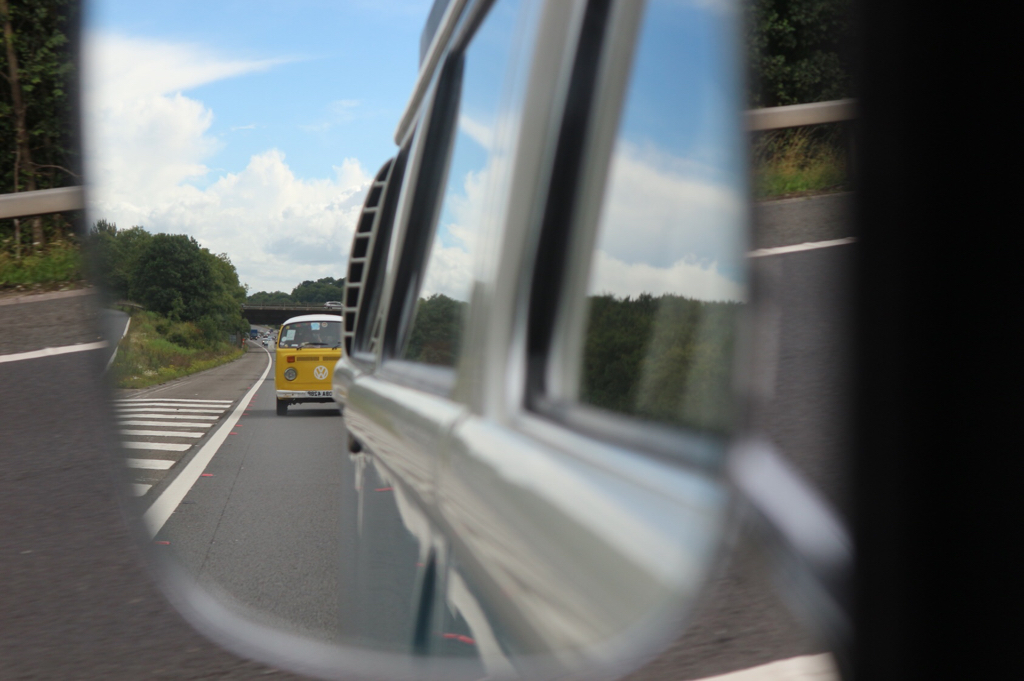 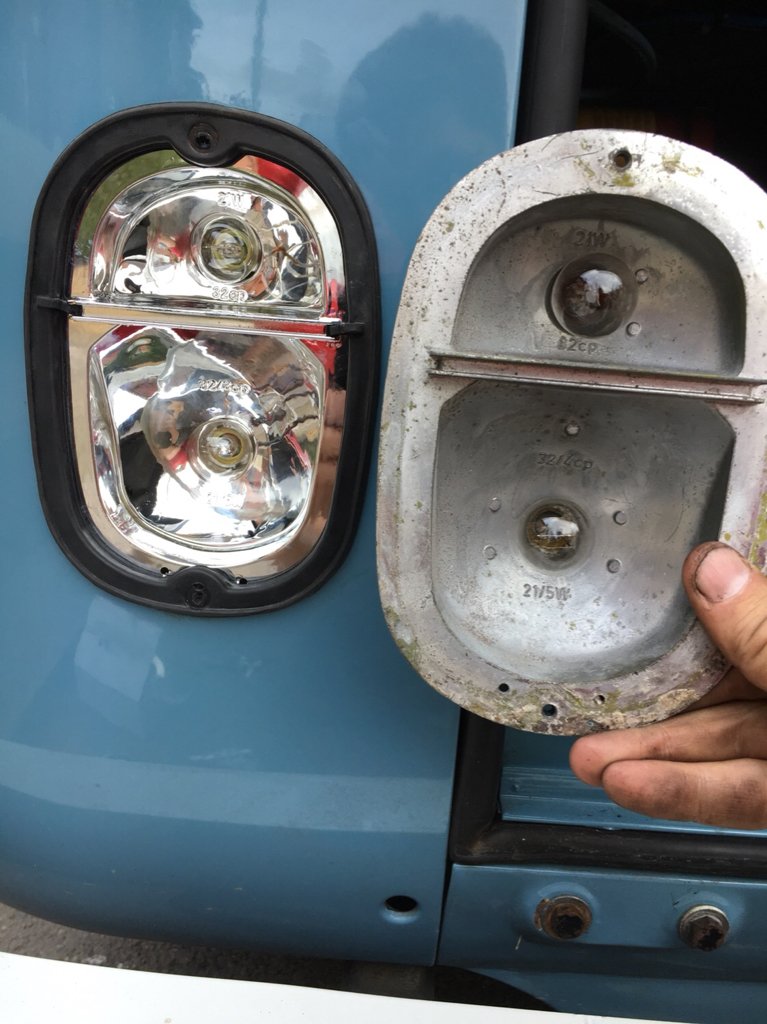 Plus a shiny new transporterhaus beam and a fellows speed shop front disc conversion. Was worried about spending that much but thought brakes need to be done right especially as we live in London.

Got to say the difference is night and day, haven’t got a servo fitted but would say it is not ness with them. Will get some good pictures of them.

For all the Devon geeks out there got a 1969 Devon brochure and some other bits of paperwork. 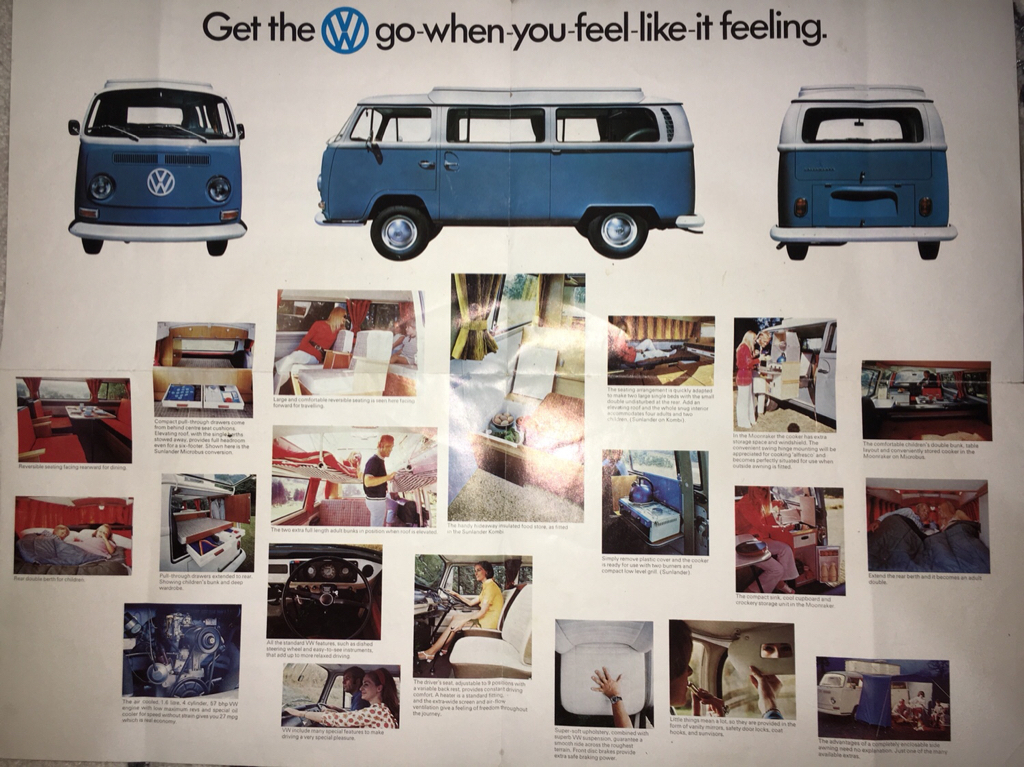 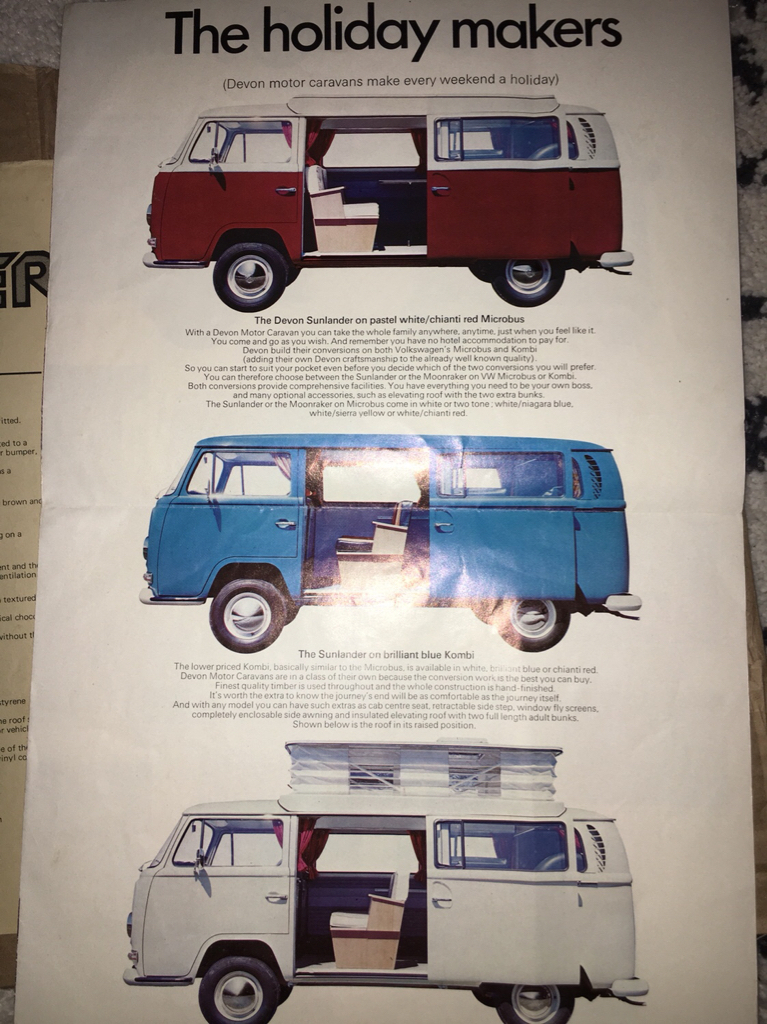 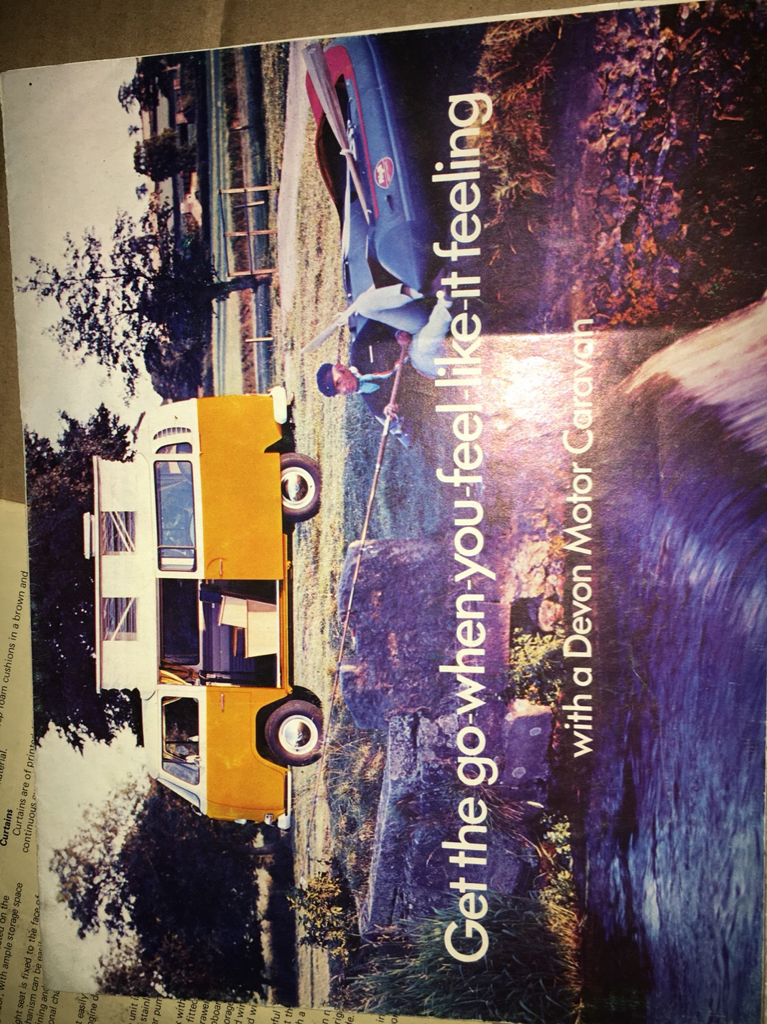 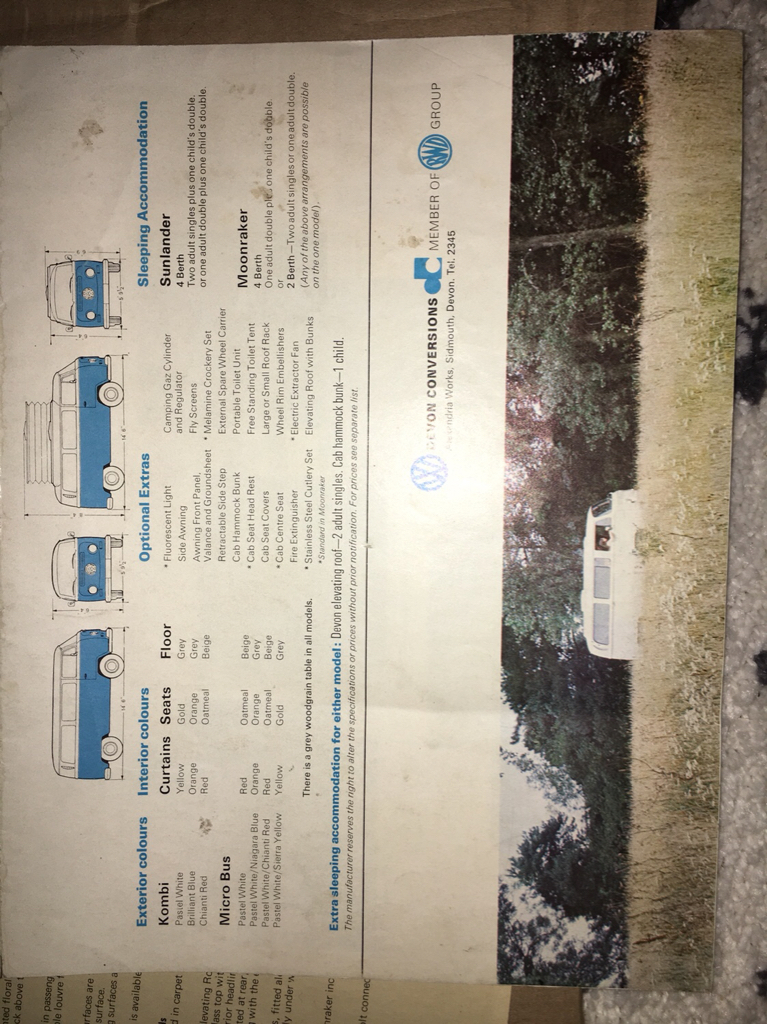 Going to scan them and get them printed so can keep originals safe, if anyone is interested drop me an email and will let you know price or can email hd images.
F

Sent to me for email please.
Thanks.

Hopefully will get pictures of brochure sorted tomorrow/ the weekend.

Got some new Michelin tyres on for the winter as we use the van all year round and didn’t really trust the cheapo ones that were on there in the wet. 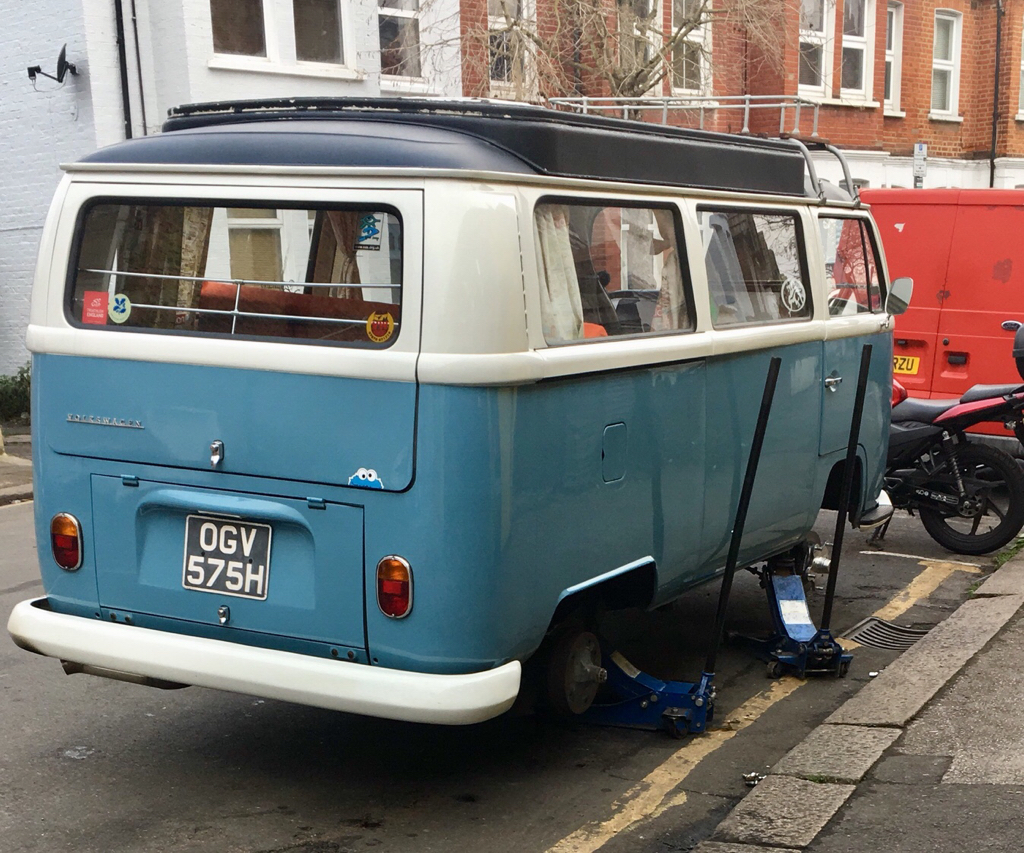 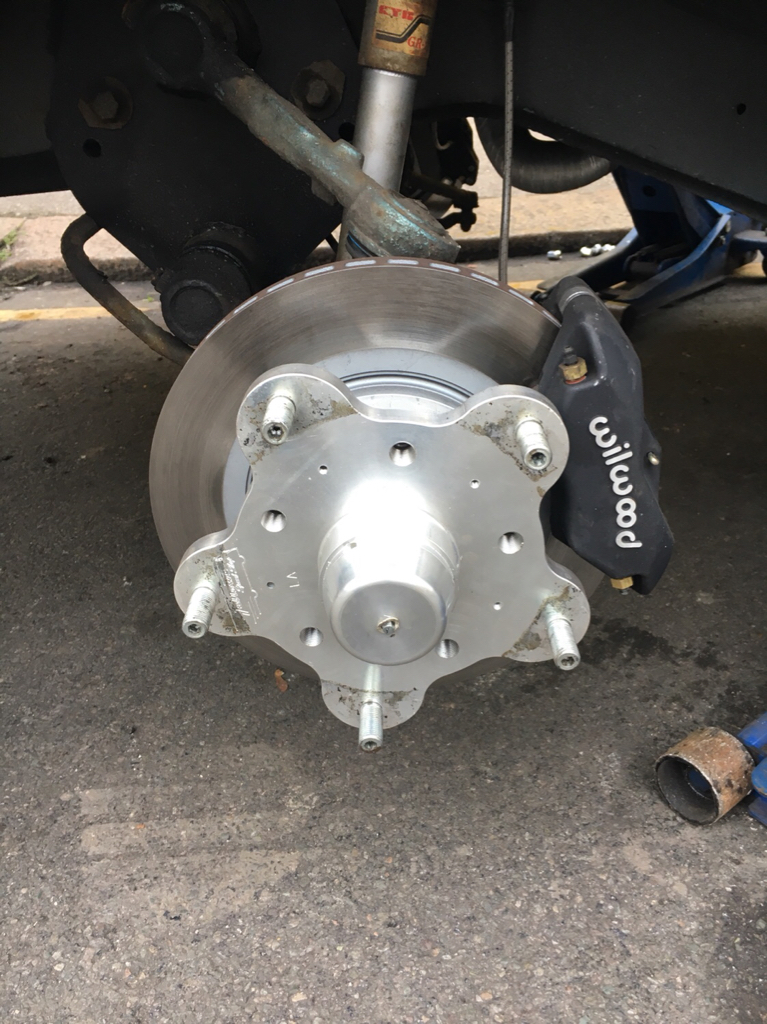 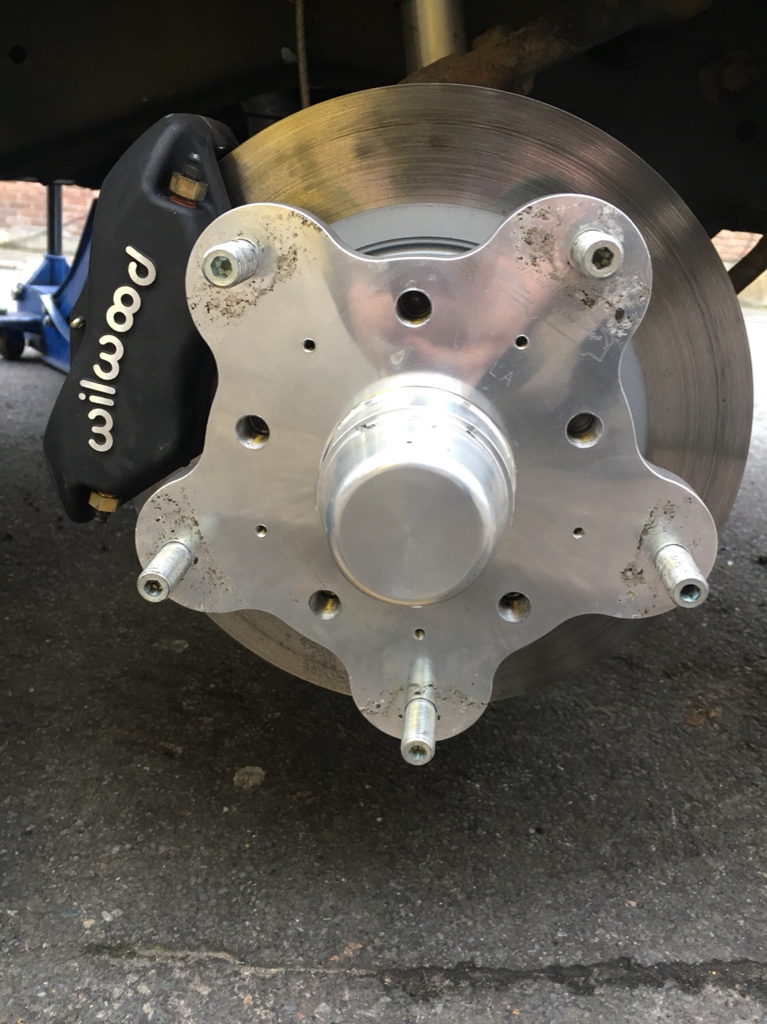 Good job, ok thanks for pictures of brochure

Out of interest, is yours a Volkswares bed? If so, how have you covered your cushions and fastened them to the bed? Is there any chance you could measure them? I've got some foam cut but clueless how best to attach - it feels a little wide at the back where the hinges are too and want to be careful that it doesn't interfere with the opening of the bed.

Thanks nearly there now. It is indeed a Volkswares bed.

Think measurements I used were 145cm x 53cm, 145cm x 45cm, 155cm x 90cm, then got some memory foam to those dimensions square off eBay, then cut perfectly to size with a sharp kitchen knife. Then the covering is stretch poly/cotton fabric from a local shop simply sewn with one seam. The stretch fabric looks best as fits round the foam nicely. Think going to attach with velcro as just placed on at present.

I bet the bus stops pretty good with those front brakes you've got, the drum brakes on our 69 bay are terrible.

After an almost 2 year hiatus the bus is back from having the Devon roof refitted and new canvas also new headliner.

Some other bits and bobs managed to find an og paint uncut dash to match and put some p356 wheels on. 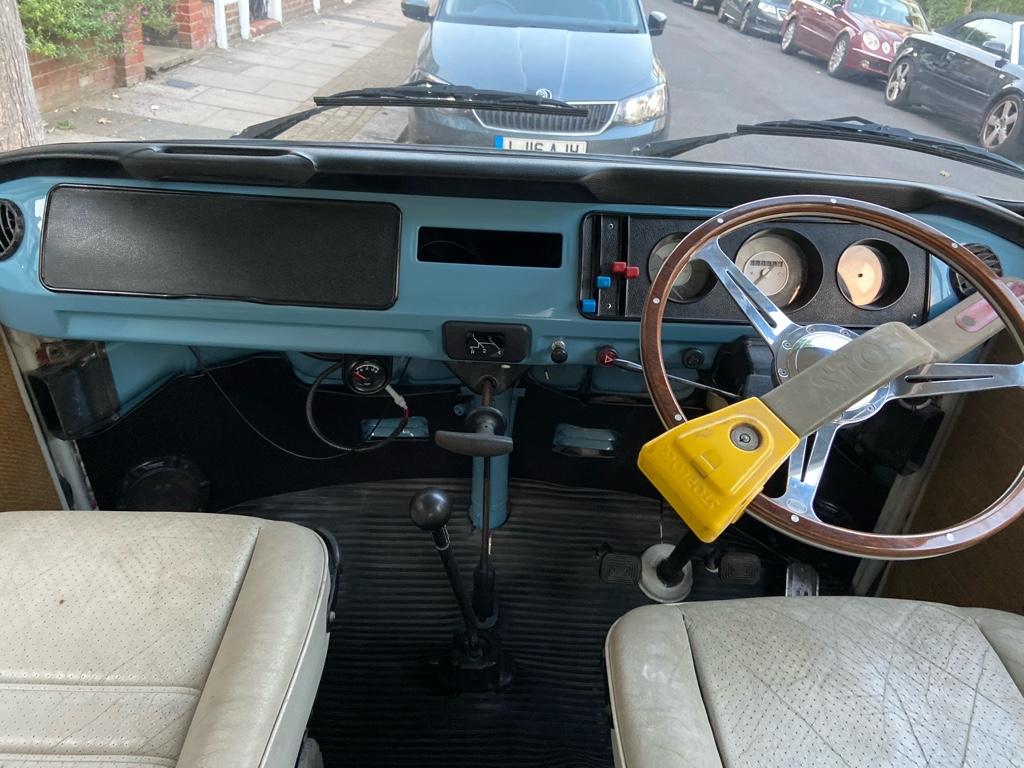 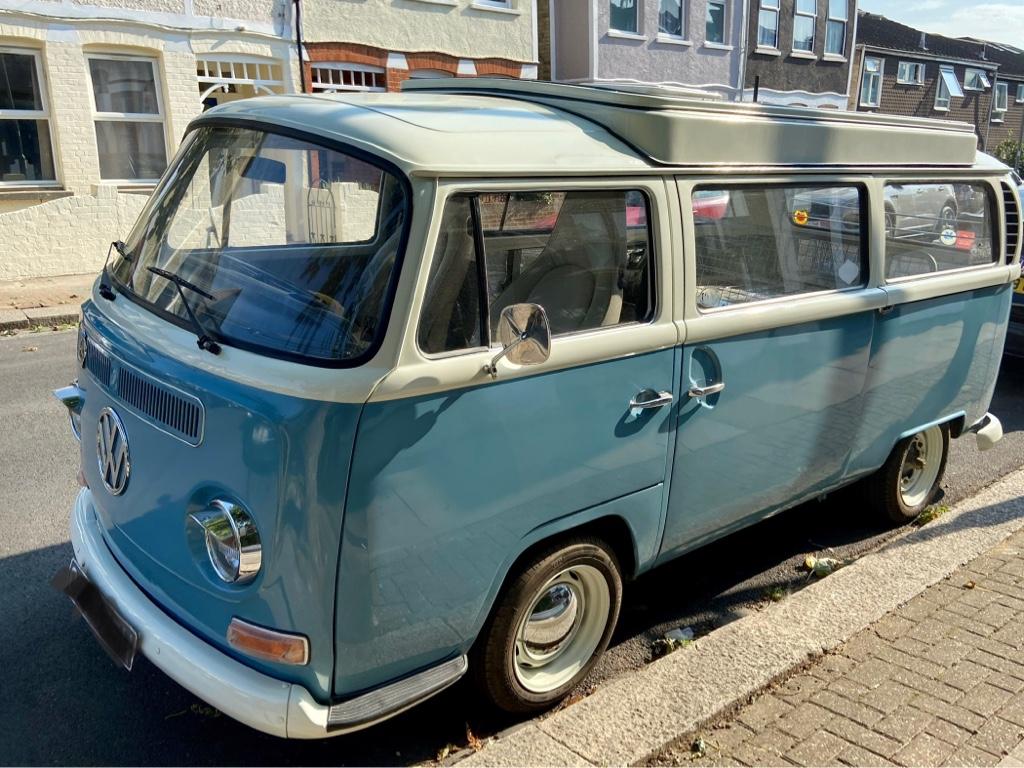 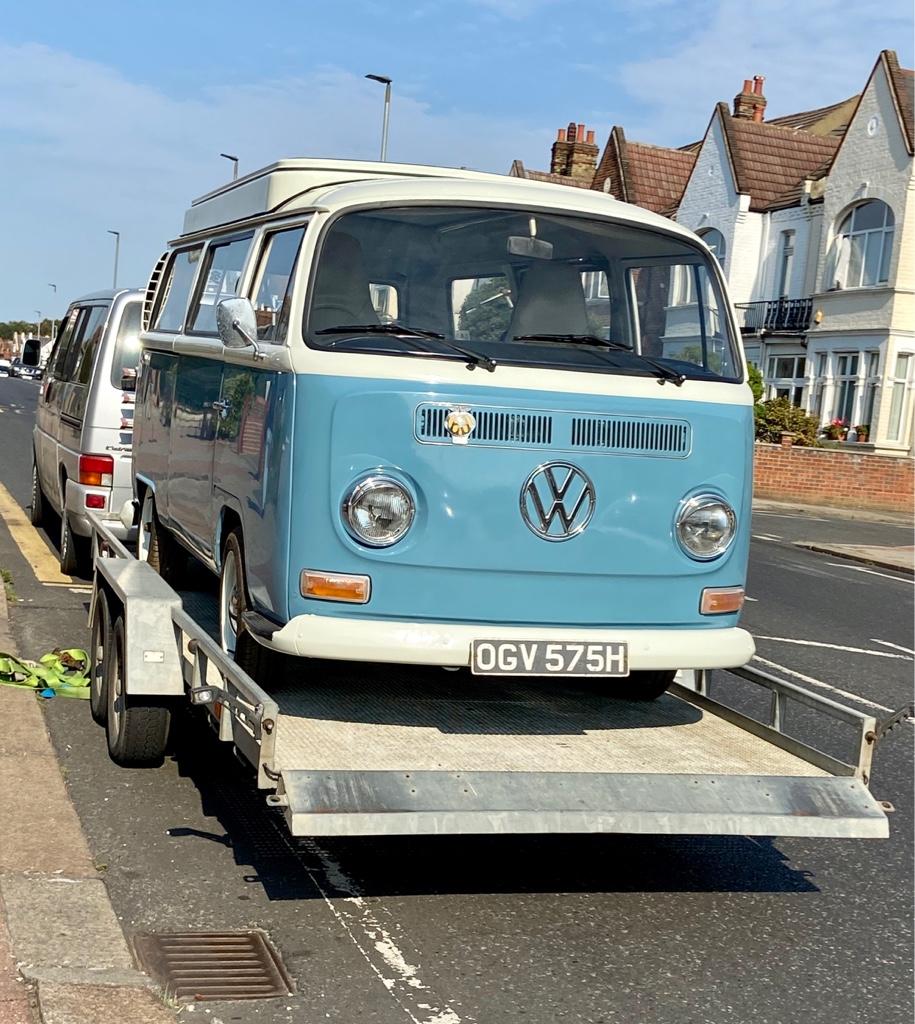 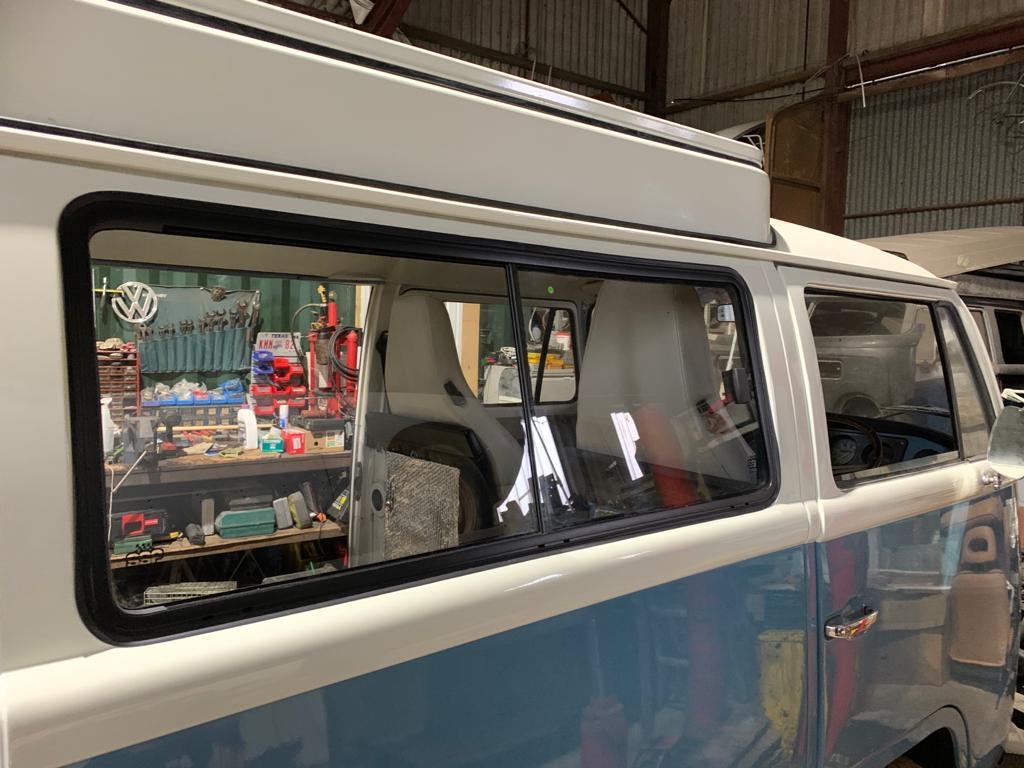 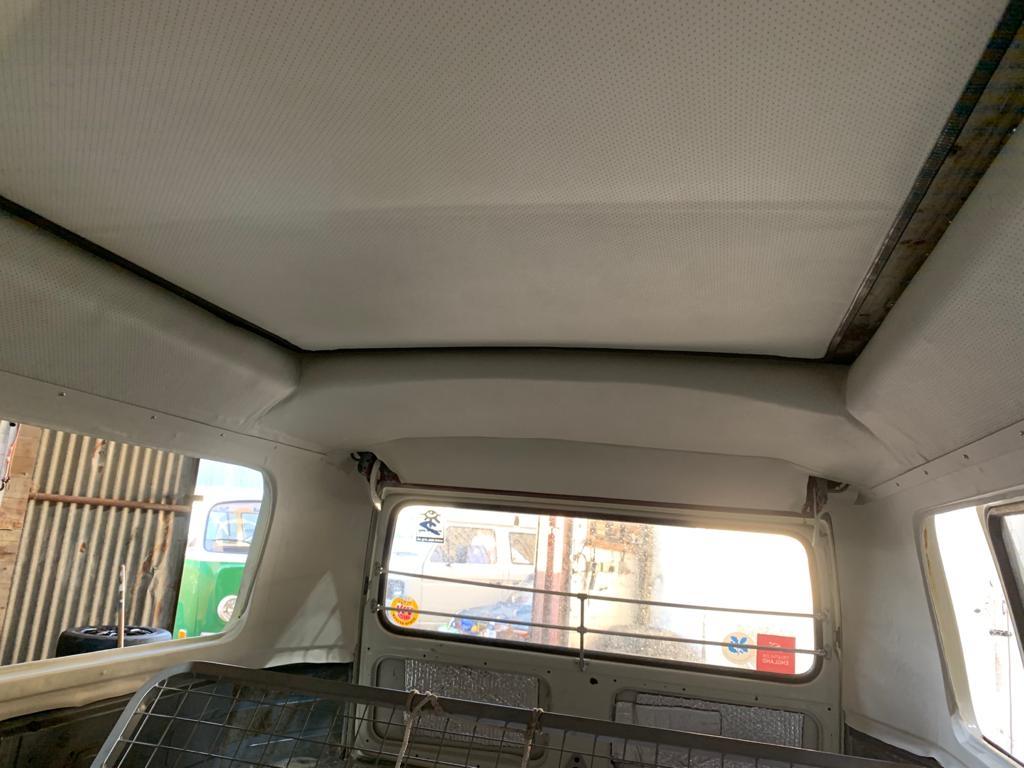 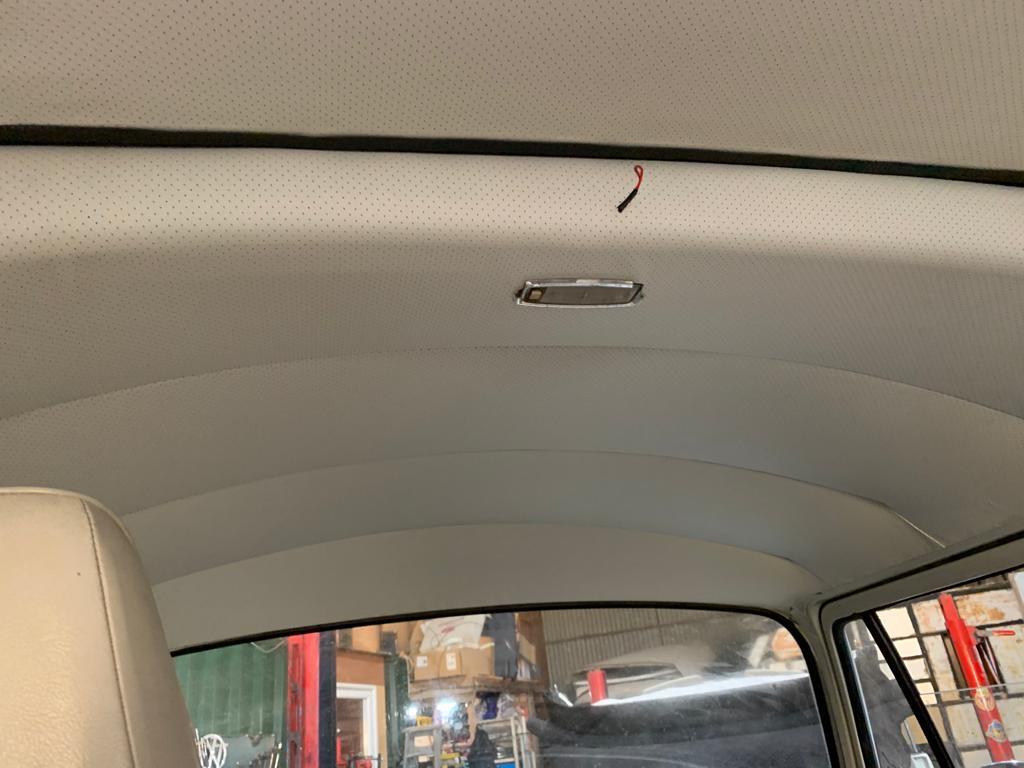 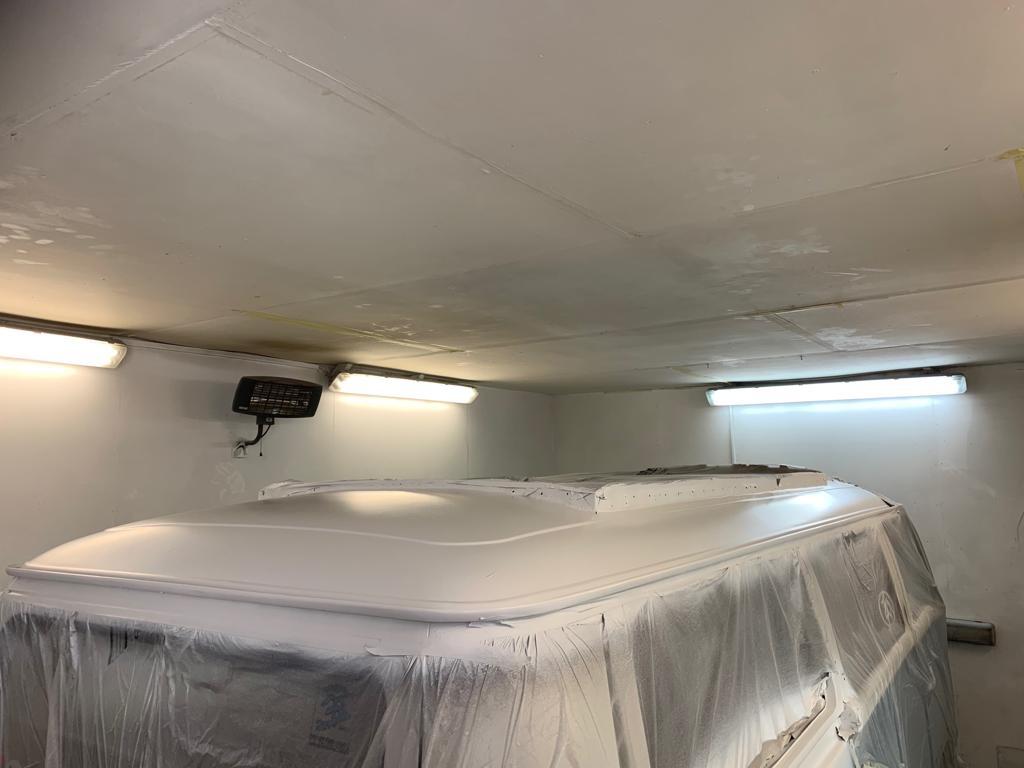 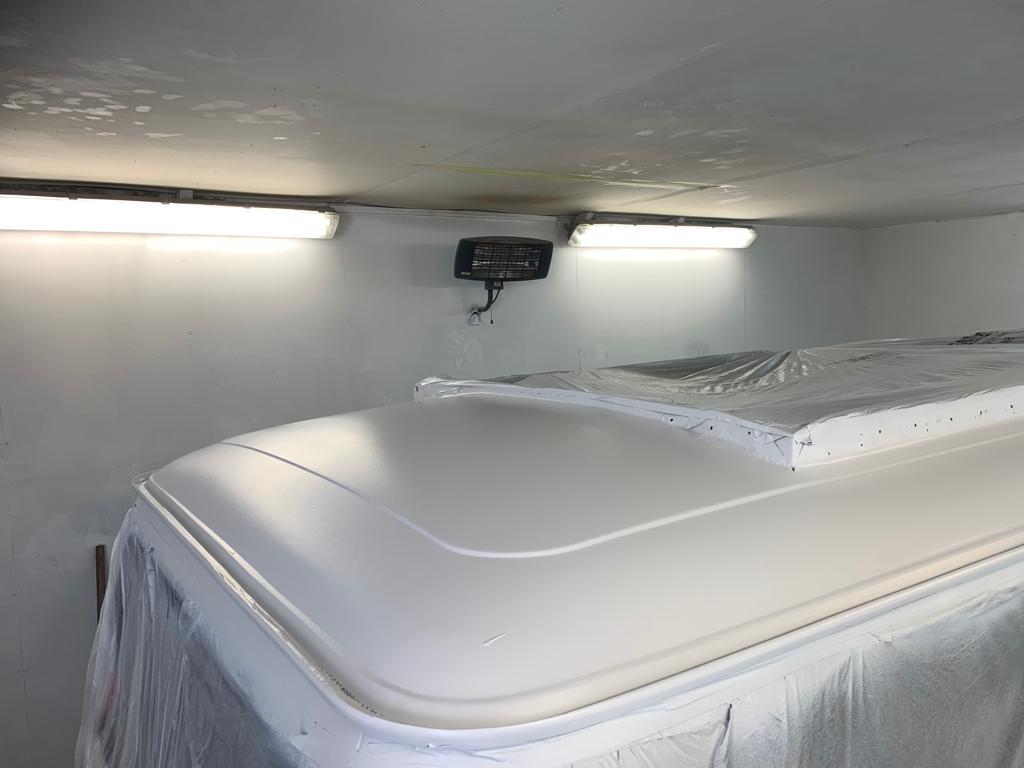 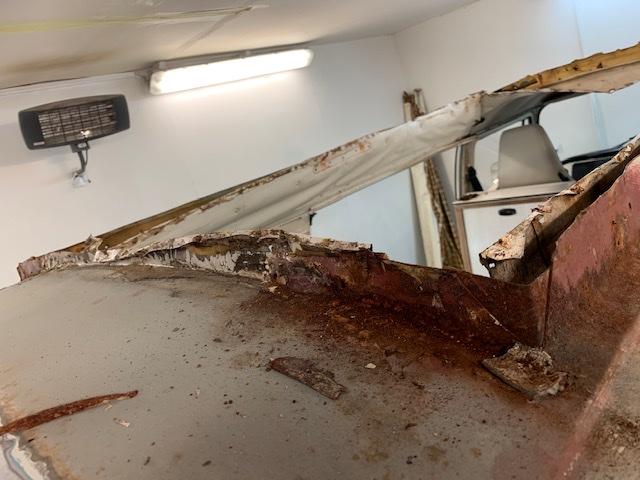 This bus gets better and better, and now you’ve got the roof done how you wanted it too. I laughed out loud when I saw the pic of the roof cut out and remembered mine being so similar. I think at ‘Devon’ workshops, they used the same tin opener and axe on each of the openings, I’m guessing they had a competition as to who could rip it out the quickest and get a pop top on :mrgreen: I went the other way and went for the later fibreglass roof which is structurally better all round BUT doesn’t have that fabulous crinckle cut bellows with clear bits in that let’s light in too :mrgreen: If I did it again, I think I’d follow your lead because that really sets your bus off with the roof and the fab headliner work. :mrgreen: Plus holding down the earlier roof isn’t so much of a headache and raising and lowering the earlier one Is a piece of cake with no trapped fabric.

Thanks for the comments am super pleased how the Devon roof turned out, nearly lost faith as the rotten wood frame came off, as you say Ozziedog defiantly some interesting metal work with what looked like a blunt kitchen knife and the bathroom sealer and rust around the lip [emoji51].

Had a job sourcing roof hold down clips finally found a marine supplier that makes some nice stainless ones with holes for safety clips, think will still be keeping cable ties on the roof struts too (after some squeaky bum trips over the tamar and Severn bridges!)

Starting to get interior in now panels and cushions from Delilah’s and finally got the correct radio in [emoji2].
Just need to work out what to do under rock n roll bed. 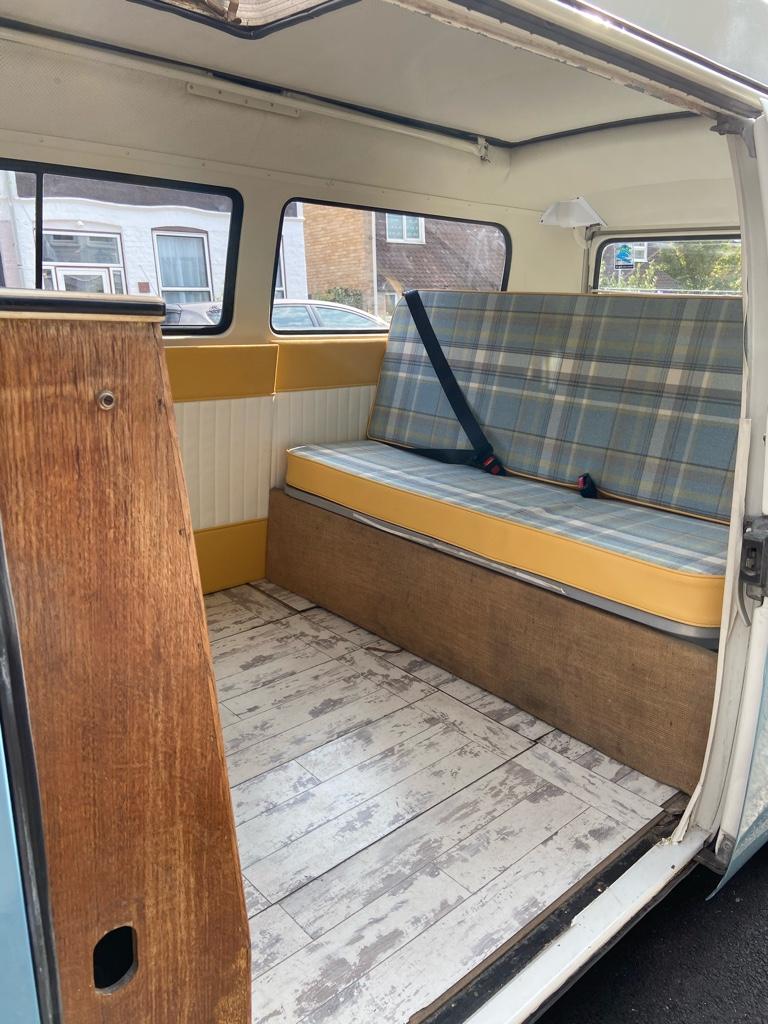 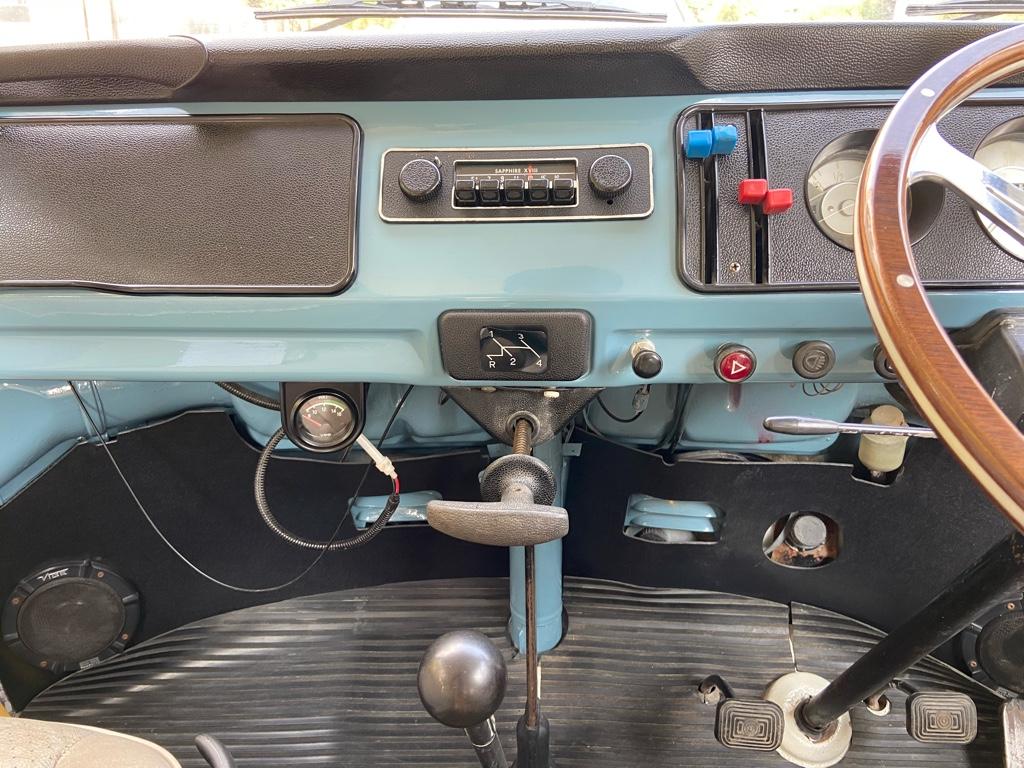 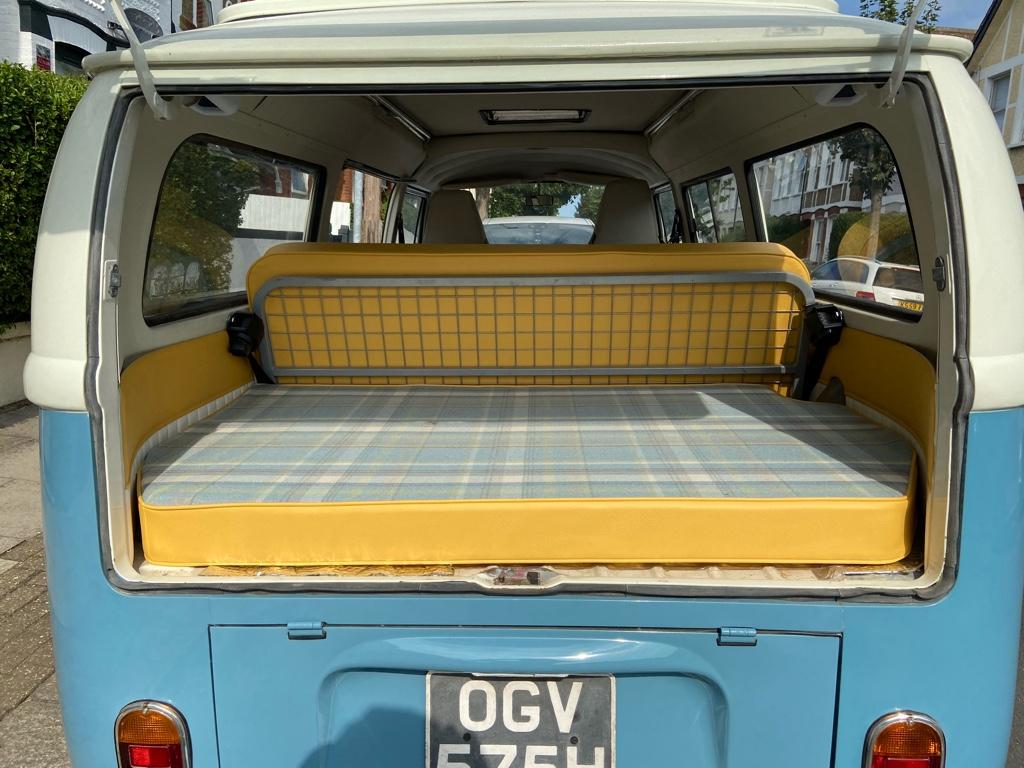 Just need to work out what to do under rock n roll bed.

stick a Webasto heater in there, its great in the cooler evenings!