I've owned this bus for seven years, it was originally imported from Arizona by Chris Dalton from VW Emporium in 2010, and I brought it from him in October 2010, it took me 10 months on and off to get it ready for MOT and registration. It was my daily driver for the first 2 years that I owned it, but now only sees occasional use to shows and holidays.

Originally painted Savannah Beige and Cloud white, I have no idea what the colour is that it’s wearing now as it was painted up to the gutters in the states.

Coming from the USA it’s a fairly solid bus and didn’t need much in the way of welding, it has had a few repairs to the load floor, a front valance, a cab floor section, and a front panel due to accident damage (this does now have two small areas of bubbling under each headlight bowl) chassis, sills and outriggers are all 100% solid. The cab floor and load floor have both been given a good coat of red oxide to protect against further corrosion. Both battery trays will need replacing at some point in the future as we all know that they rust out even on an import van, but they are both currently supporting a battery each with no signs that they will fall on the floor and there is a small amount of rust in the bottoms of the cab doors.

I had the front panel and grill painted to match the existing paint, both front and rear bumpers have been blasted and re-painted.

The roof still wears its original Cloud White paint and has a lovely patina which has been clear coated to protect it, the rest of the body is solid with a few dings, scratches and dents that add to the history of the bus.

New door rubbers have been fitted all round (not cheap seals either the nice veiwib seals) and new deluxe front, side and rear window rubbers, I've ditched the rear opening quarter windows in favour of a pair of Westfalia louvered side windows with new seals held in with stainless screws and single pieces of glass for the rear windows

Mechanically this bus has been really well looked after, as it was my daily for two years it’s been serviced religiously (I couldn't afford for it to break down on me). I serviced the van before I went on holiday in August this year so it’s good for another 2000 or so miles. I've service it every 3000miles according to the speedo but due to the smaller tyres the actual mileage is lower than what is shown on the clock

The engine is a freshly built 1641 TP, with a Scat C25 cam, 8.5:1 static compression, Electronic ignition in a 009 dizzy, twin original Kadron/Solex H40/44EIS carbs with original kadron throttle linkage and manifolds, new fuel pump, 75amp alternator conversion and Vintage Speed stainless exhaust, to keep an eye on the oil temperature there is a dipstick oil temperature sender and gauge up front. The engine has approximately 1500 miles on it since the rebuilt

Last August all the steering and front suspension was gone through, so that's ball joints, track rods,

steering damper, idler pin, drag link then had the steering 4 wheel aligned so it goes down the road nice and straight, and this year it has had new rear shocks and 4 new CV boots as well as new front wheel cylinders, brake shoes and front and rear brake drums, new front wheel bearings, new clutch cable

The ride height has been adjusted with the help of a set of CSP front beam adjusters and a set of Horse shoe plates on the rear
The wheels have been powder coated silver then painted white to match the bumpers, its running new tyres all round and these are stock size Aeolus 185 R14s on the rear so not to affect the gearing and Firestone 165 65 R14s on the front.

Inside is an interior from Late Bay Riviera, it has all the usual stuff, sink, 2 burner hob, cool box/fridge, wardrobe and table. I've built a Rock and Roll bed using a set of original Westfalia hinges with all new foam, the seat part has been covered in some beige fabric (this was only meant to be temporary but it’s still there 7 years later) and the rear section has a Mexican blanket loosely covering it. I had the kick board colour matched by a professional furniture maker to match the rest of the Riviera units. Flooring was fitted 7 years ago but is still in really good condition, under the floor covering is a double layer of 6mm ply and laminate floor insulation

It has had a new full headliner professionally fitted including the trim around the windows as the original was in shreds, front seats are original VW and pretty good for their age with a small rip in the base of the passenger seat and a rip in the top corner on the driver seat, all the door cards are the originals it left the factory with in 1969. There’s a Madmatz cab floor mat, replacement under seat wheel arch mats and new Madmatz ABS kick panels

There is a brand new Exide leisure battery, split charger and fuse box fitted, connected to this is an Alpine stereo, Alpine 170mm front speakers and Sony 6x9, interior light, fridge, 12 volt socket and propex HS1600 under the bed.

I'm sure I've missed out loads, it's a genuinely honest van that I will be sad to see go 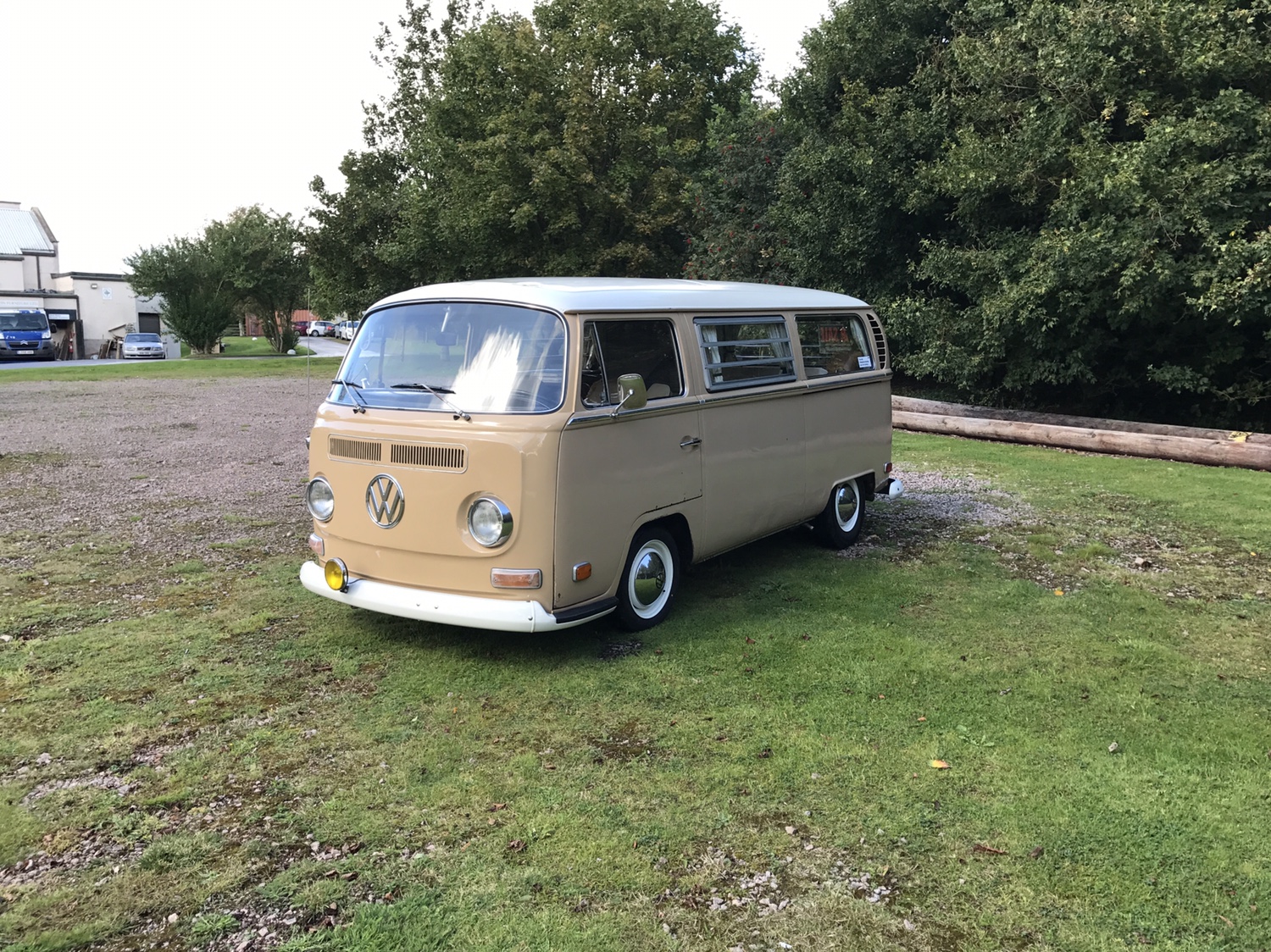 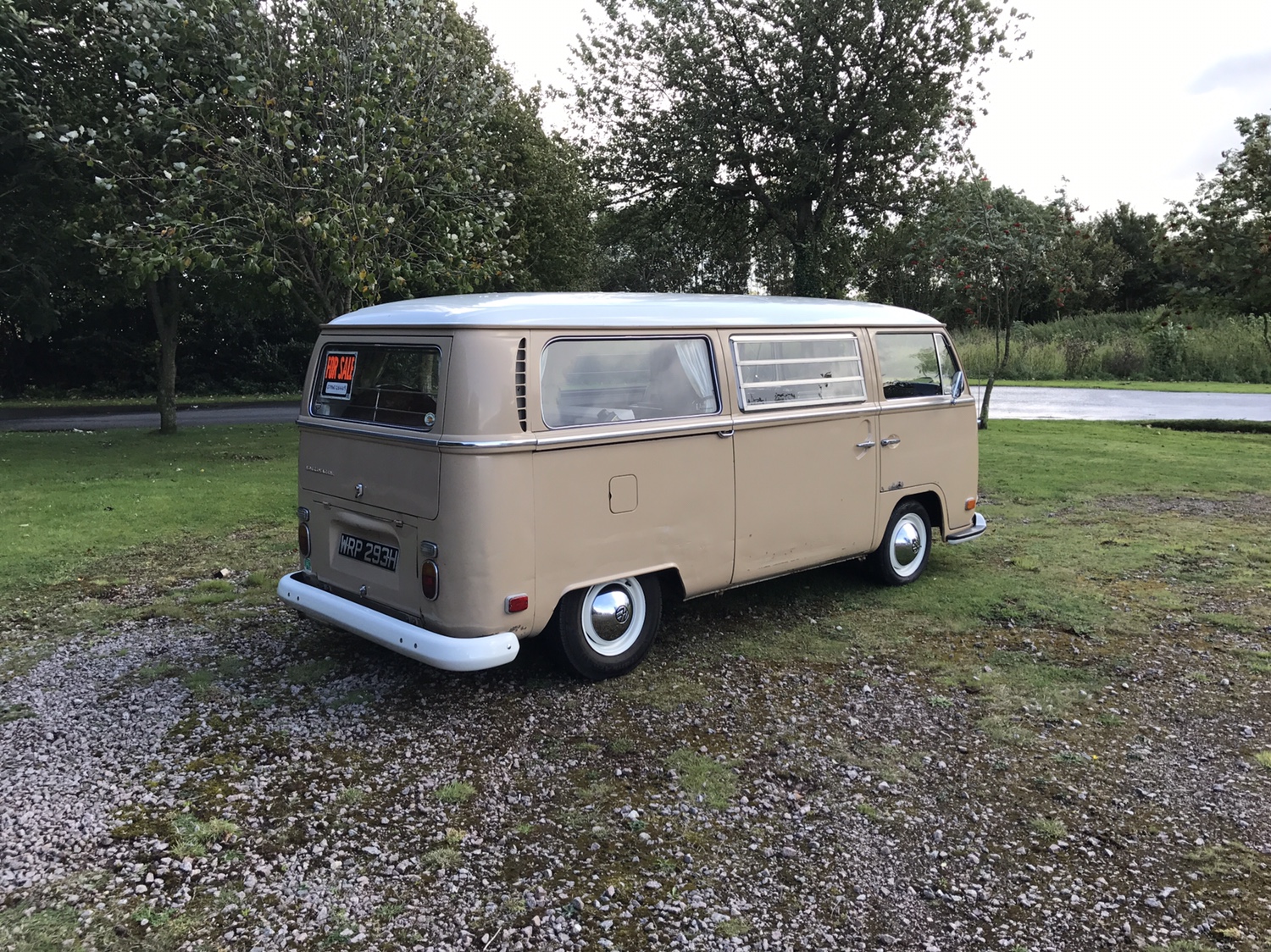 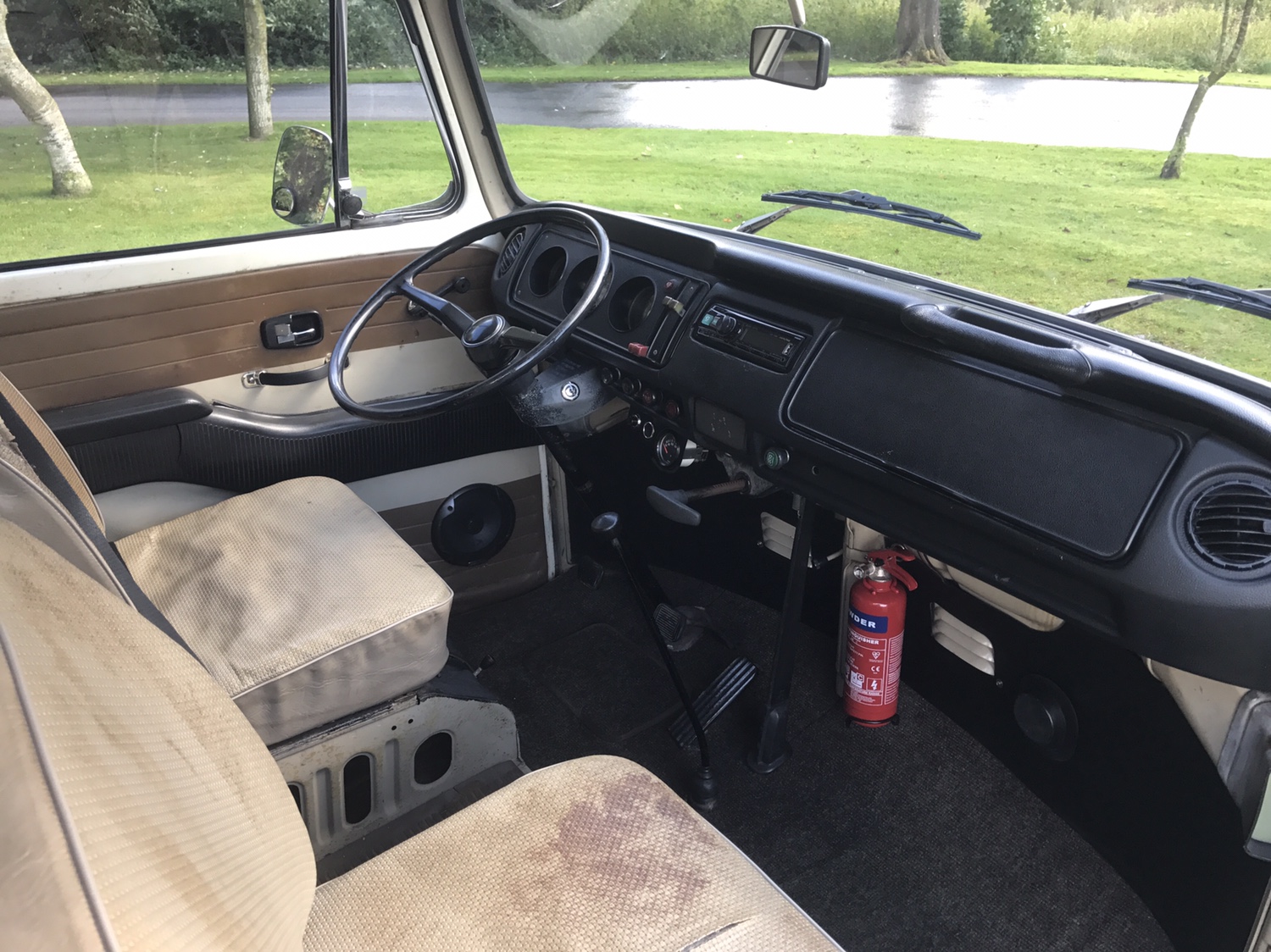 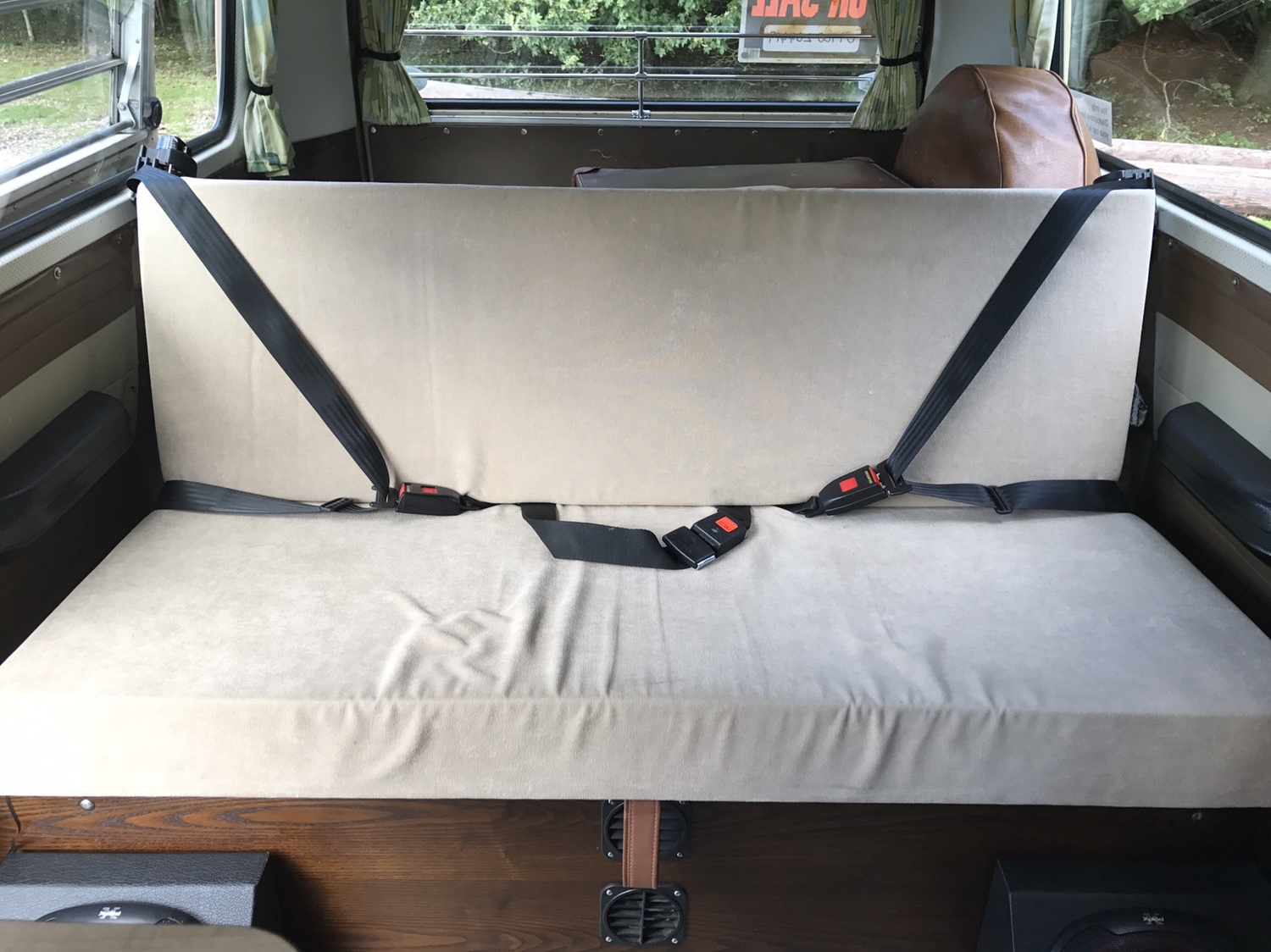 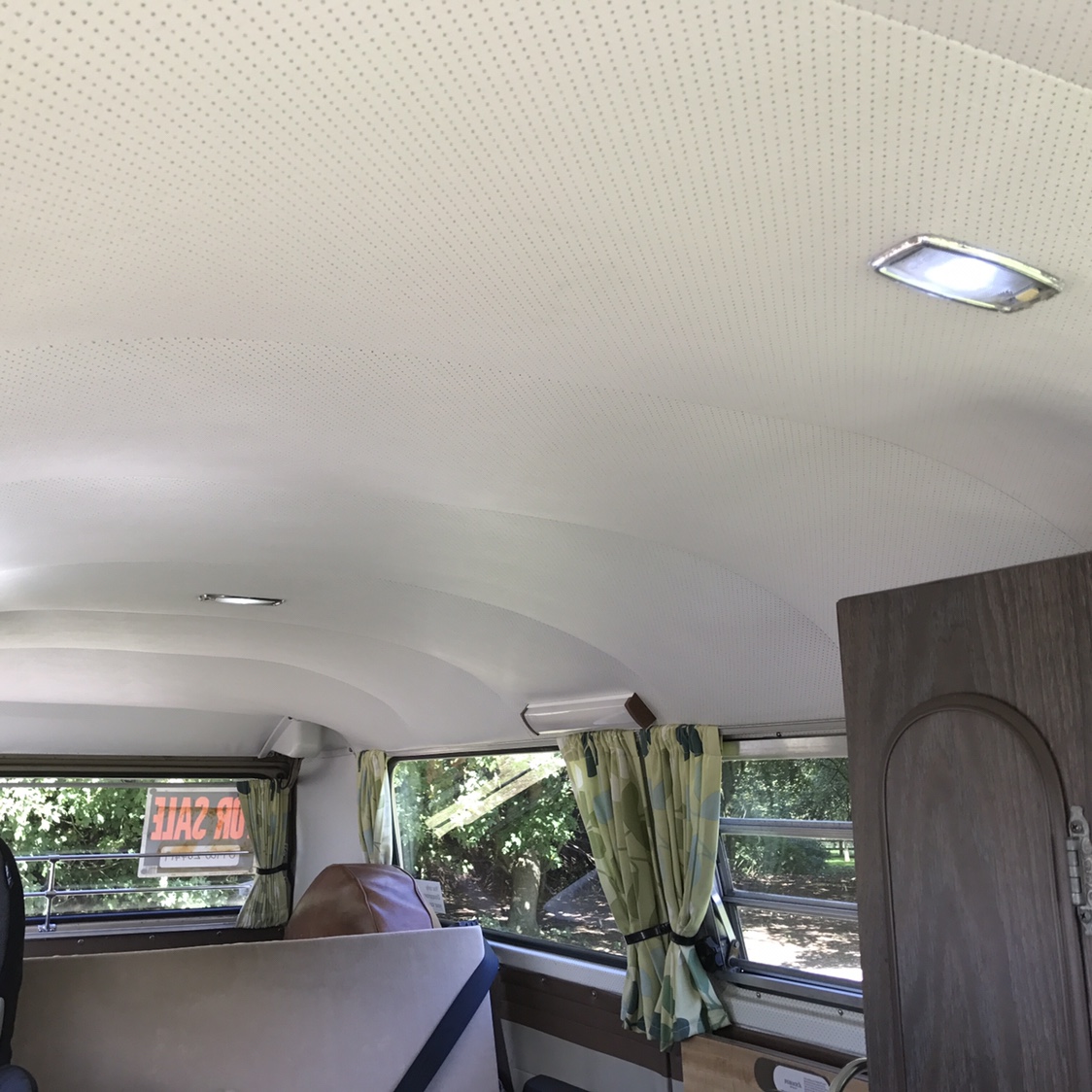 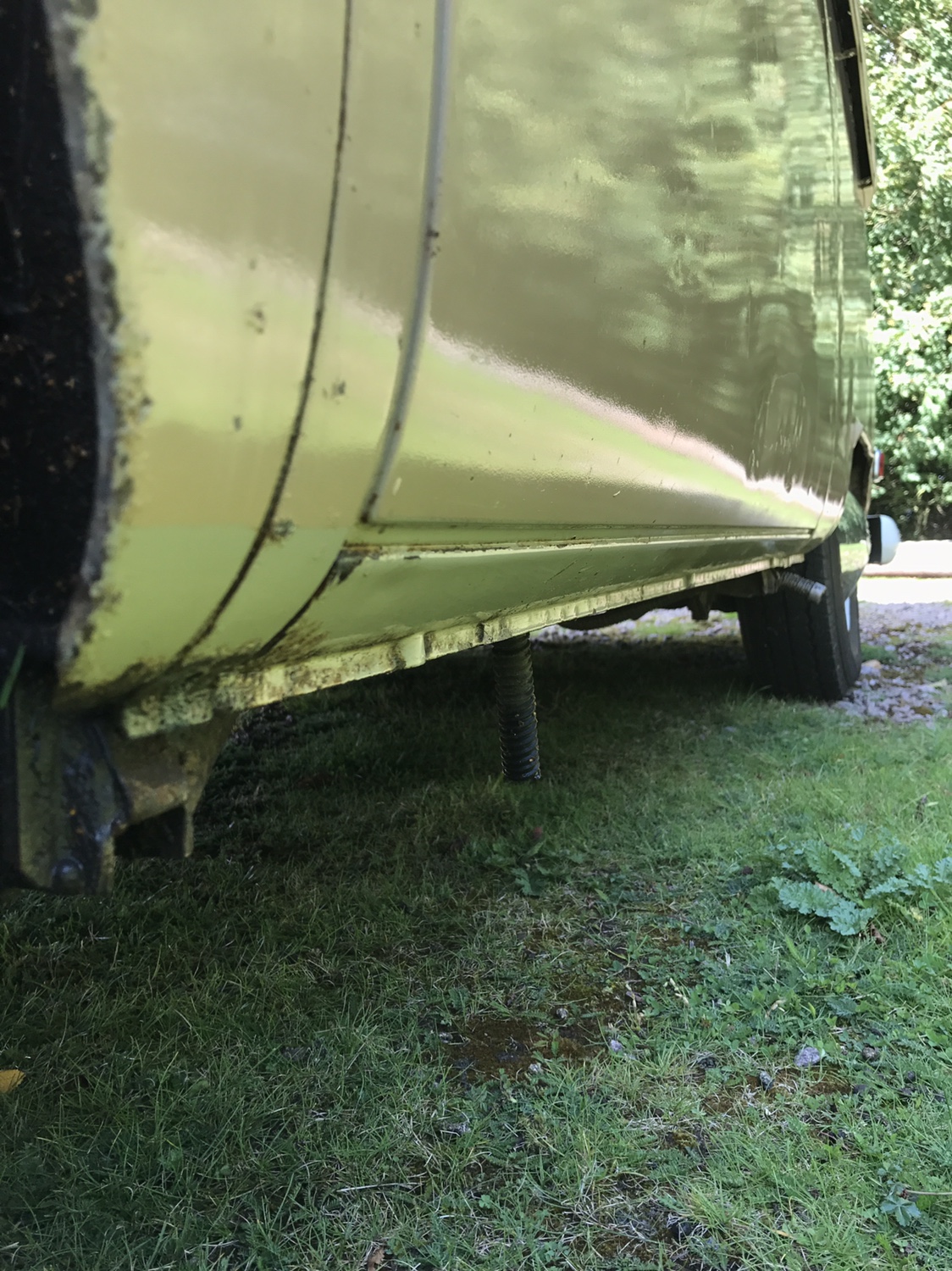 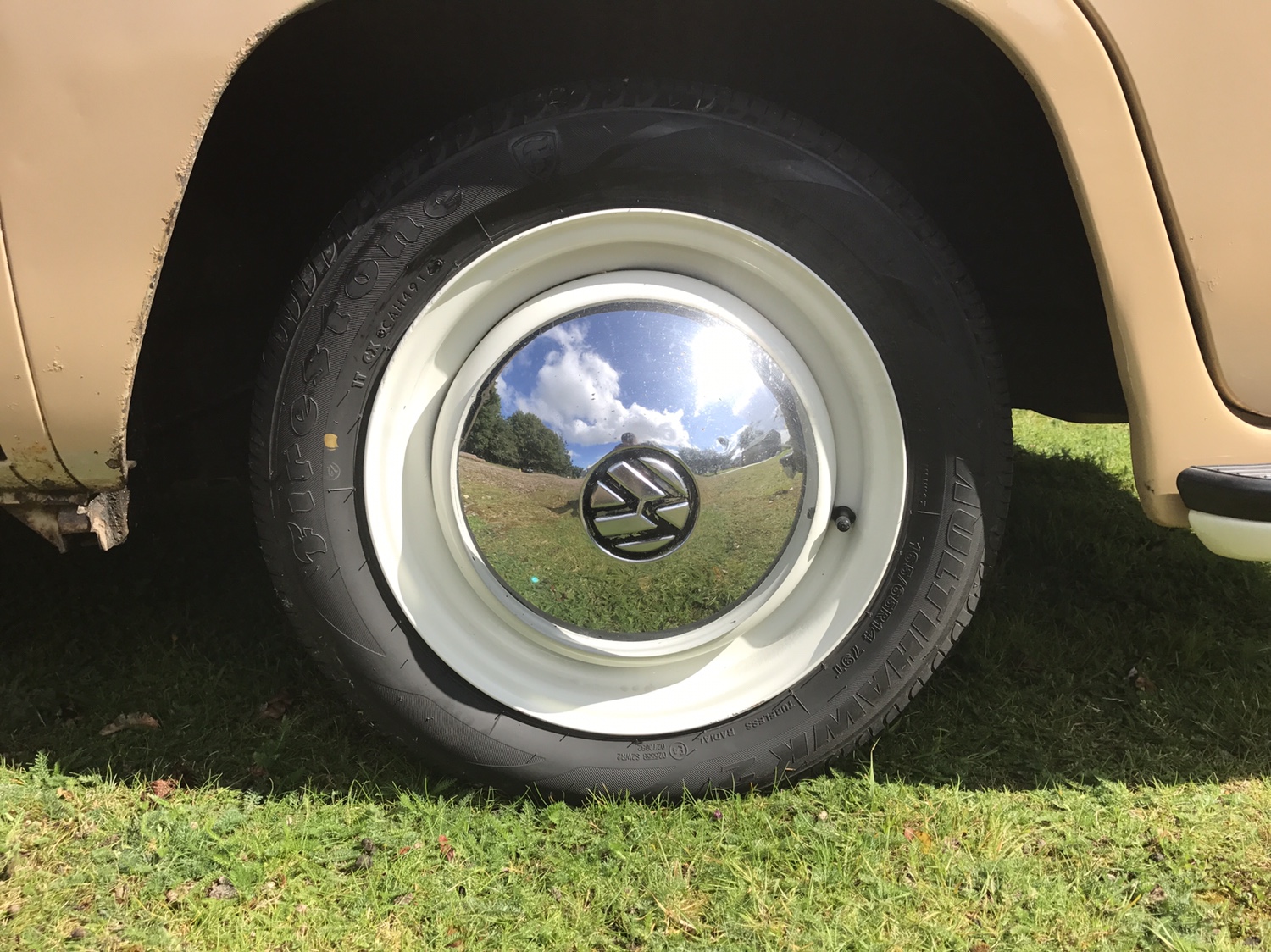 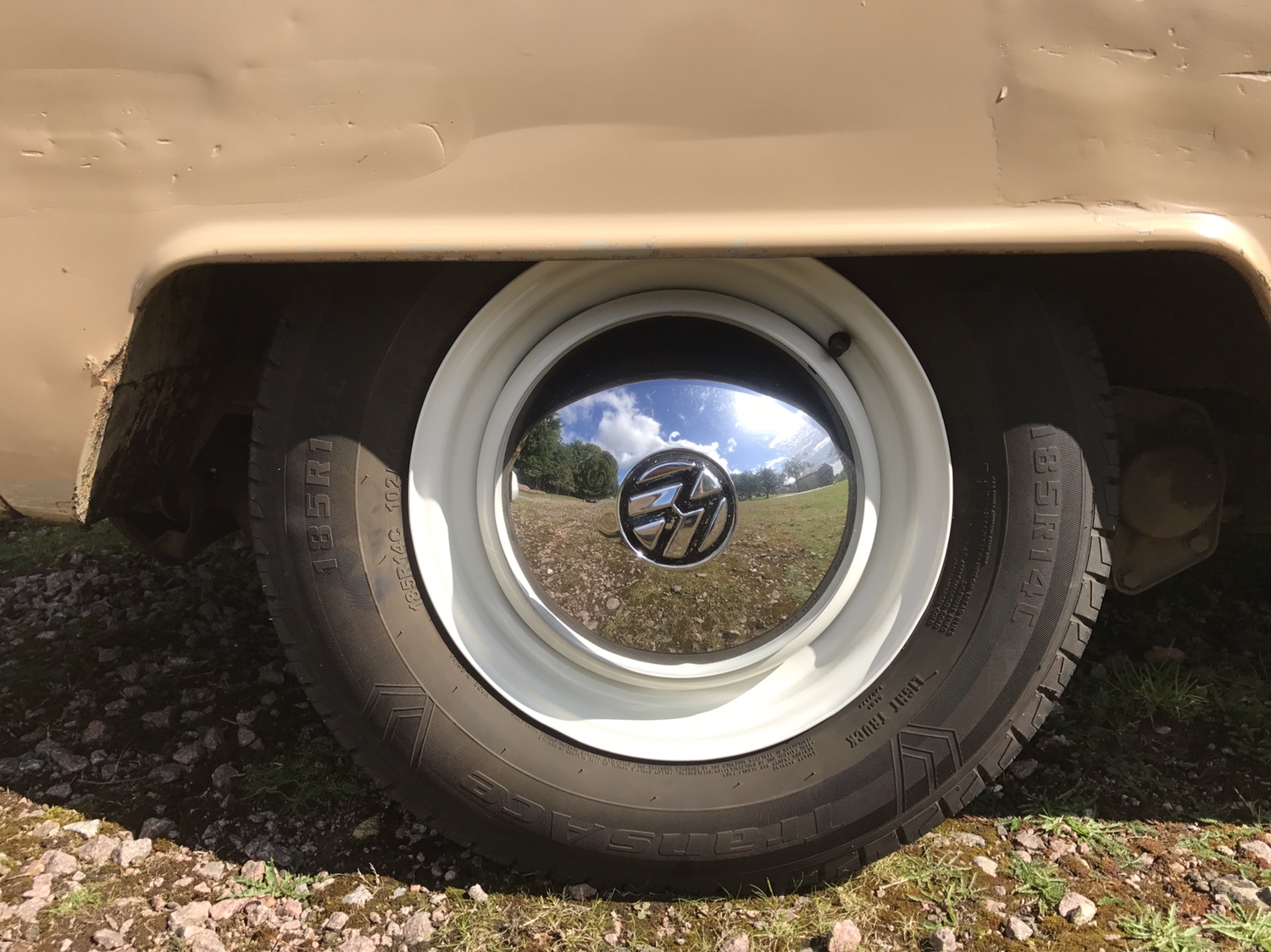 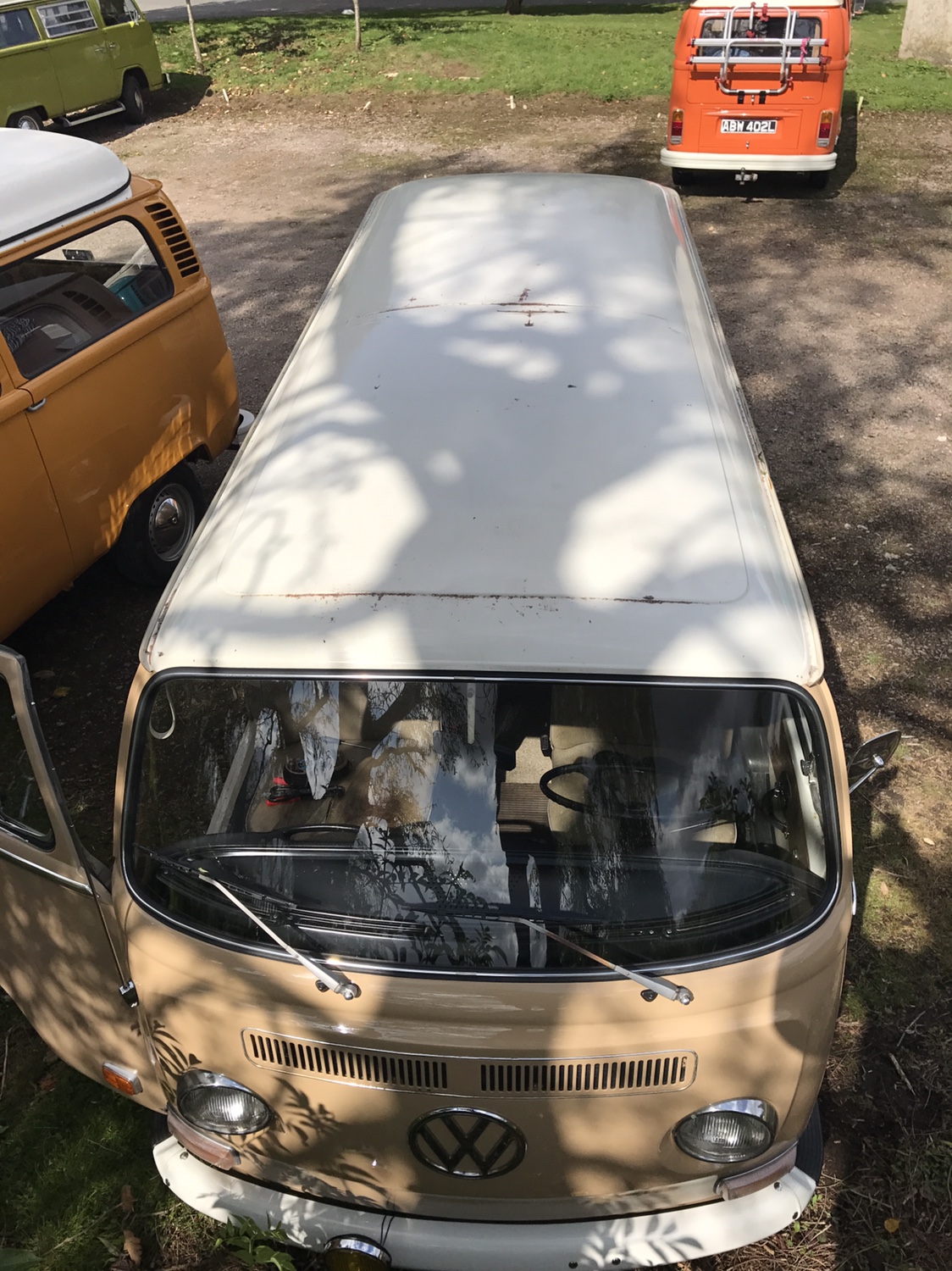 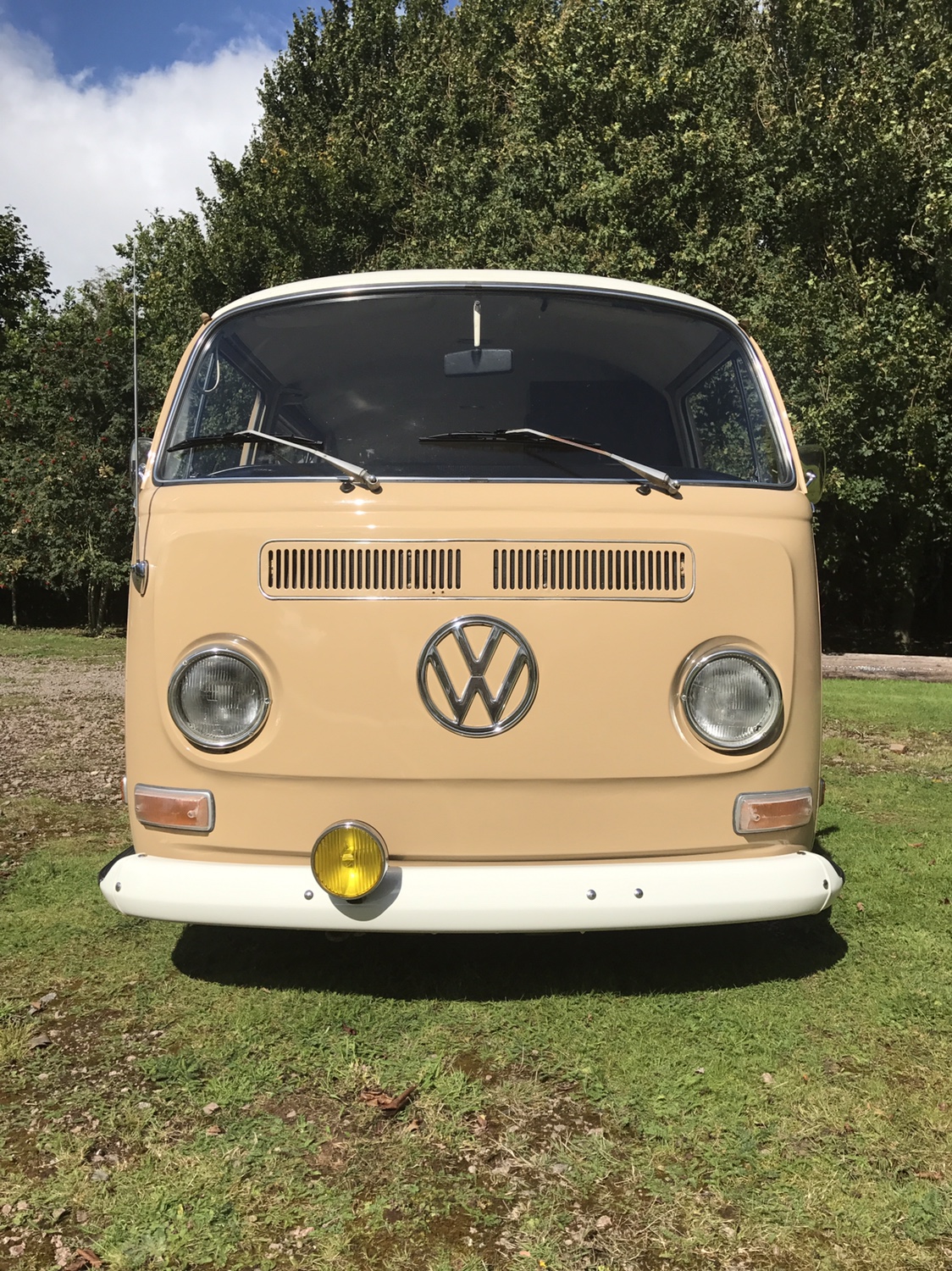 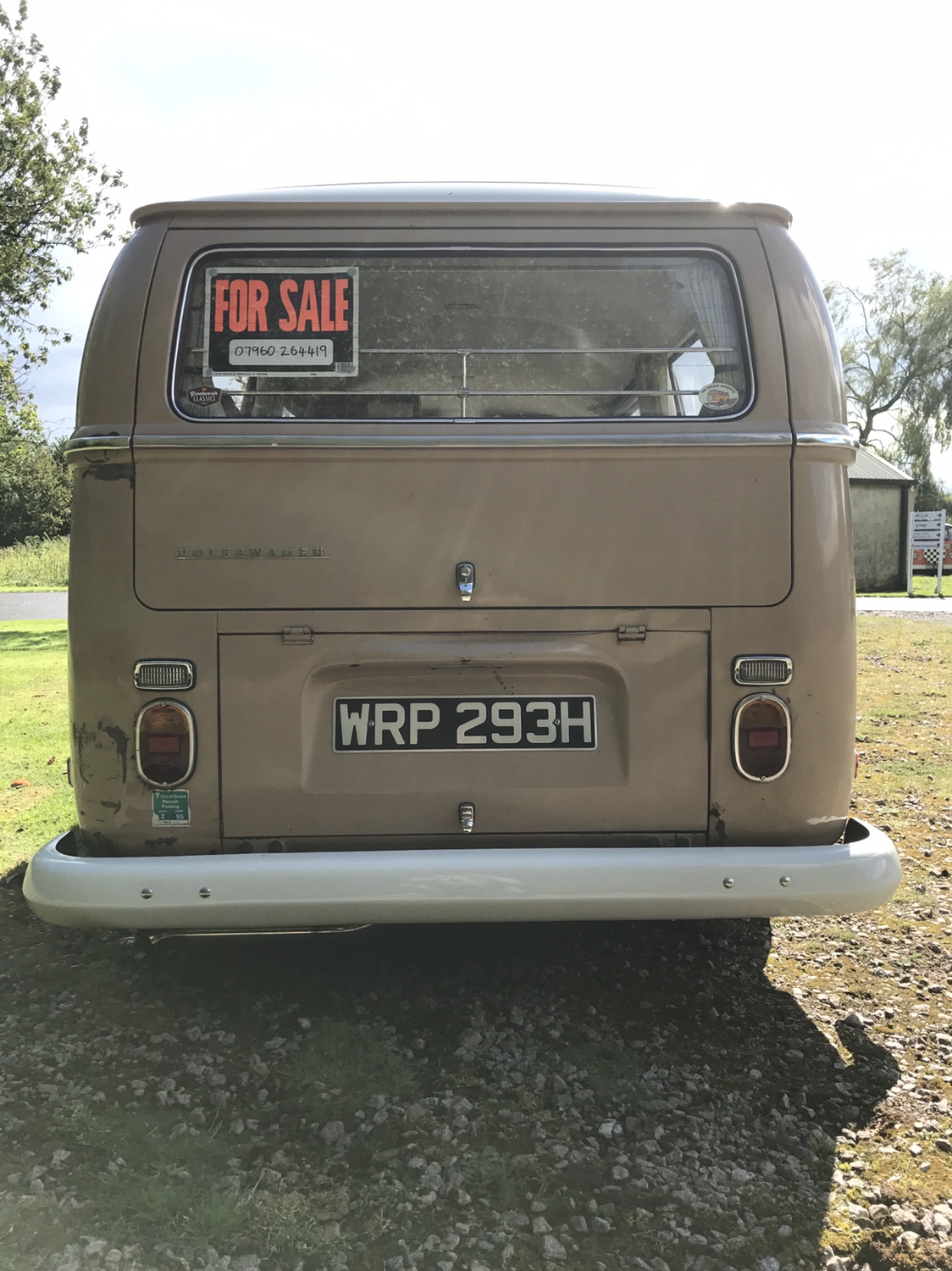