I’m a multi flavour advocate for the last couple of decades and thought I had it all sussed with what to use etc etc. In my motor, I’m using 15/40 or similar and have used Halfords own and a couple of others but I thought Halfords was pretty good but when the Wilko one was on spesh, I got some of that and the specs are the same, both mineral but different colours :mrgreen: Now I don’t want to appear oilist but the Halfords one is a lovely shade of green, and looks very robust :roll: I had a look into the depths of the Wilko oil and was quite shocked by what I saw :shock: :shock: :shock: I tilted the damned container just to make sure :? :? :? It’s pink! Yes bloody pink :lol: Now I’m trying my hardest not to appear oilist but it certainly looks like screen wash. Is there any chance they’ve put the screen wash in the wrong container?
Now that’s the first part of the conundrum.
Part two:
Gearbox oil ? A few years back, possibly a decade and I’m not sure to be honest, I changed my gearbox oil. I put in Millers 80/90 gear Oil and it’s run very well and the box is great. After reading about other peoples gear box woes on various threads on here and there and everywhere :msn4: I’ve decided to change my gearbox oil and the most recommended oil across most of the forums was Castrol syn trans and a read up and a bit of research certainly suggests that you fit this syn trans just the once and then forget about it forever :mrgreen: So I’m thinking, just as bloody well because it’s hideously expensive for a heavyweight oil, it’s the best part of twenty quid per litre and you need almost four litres so as close as funk it is to swearing it’s eighty quid :evil: So long story shortened :lol: I put the syn trans in my gearbox, while my bus is up on axle stands and I was stuck waiting for the tyres as I was having resto probs with sourcing tyres on my uplifting I was doing to my van. Because I couldn’t get the gearbox oil hot enough, I put a quarter of a litre in first then let that drain through to try and shift the last bit of old oil, with all the likely contaminates still in a mild state of suspension as the box has been draining and not run for a couple of weeks. Poked a good solid rag in there too with a wire hook and it came out fairly clean eventually :mrgreen: I’m a little concerned now because I’ve changed the whole of the front suspension layout and the rear suspension layout and re done brakes etc etc, but I like to do just one thing then test drive it to make sure it’s working, then do the next thing and make sure that works as it’s too easy to lose track of what hasn’t been done up :? ask me how I know :lol: So the first run is Bristol to Lutterworth to hang out with the guys doing Techenders which is fab fab fab if you’re ever after a chilled long weekend away from everything except VWs :mrgreen: So I’m on the M32 and absolutely crawling along for several hours M32, M4, M5,M6, etc but I’m not hitting fourth gear for more than a few seconds the whole way until I’m on the M6, which I don’t mind because I’m just pootling about in my bus winking at the kids in the cars as we overtake, undertake, overtake, undertake, you get the picture,for hours on end Tunes are banging out, lots of Ska and Reggae sometimes a bit of Northern Soul and drumming on the steering wheel and the mirror arms and just enjoying the ride :mrgreen: :mrgreen: :mrgreen:
Then! I’ve hit about sixty and I’m in fourth, I was gonna say third but you’d know I was fibbing :shock: I’ve hit sixty ish and I’ve run out of tunes for one reason or another and I’m now listening to my gearbox whine that I’ve never had before :shock: :shock: :shock: really!!! :msn4: HOW? Whining? WHAT? Whining? WHO? Whining? GEARBOX, TRAANSAXLE, DIFF.
So I’ve put up with it now for four expeditions, Lutterworth, Cambridge, Woolocombe, and Banbury and I’m not liking this one little bit. Have I just developed a gearbox whine? Or as usual is it something that’s been changed and done recently as it usually is? The only thing I can think of is that this synthetic oil ain’t man enough if you’ve got very old bearings which I’m thinking I probably have. Maybe this is telling me to get ready for some new gearbox / transaxle bearings? Who knows. So the first thing I’ve sorted mentally is must change that bloody oil. I’ve got five litres of Millers 80/90 delivered and I’m hoping that might convince those bearings to shut up for a bit. I also paid a couple of quid extra to have the Millers oil in the tin with the cracking old school picture on there instead of the plastic blue container just so that I can keep the garage decorated with that sort of thing :mrgreen: AND it was still half the price of syn trans :roll:
Lesson learned. :mrgreen:

This is the one, what a cutie :mrgreen: 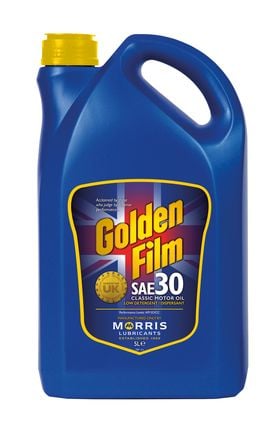 Sent from my SM-G975F using Tapatalk

For the engine of course


Sent from my SM-G975F using Tapatalk

I use millers 20/50 with ZDDP for the engine as recommended by Abel. Seems to be ok for me.

It sounds as though somethings worn out to me.

I reckon it's been whining for a while, but you are slightly deaf and have your choons on very loud.


I use this engine oil.

This is off the invoice from the last time I changed the oil (Sep 20):

I'm quite happy with those choices.

Wow. 4lt of oil in your gearbox. What gearbox is it, the standard box takes 2.6lt of oil. I'm surprised it isn't pissing out of every orifice lol...

gagvanman said:
Wow. 4lt of oil in your gearbox. What gearbox is it, the standard box takes 2.6lt of oil. I'm surprised it isn't pissing out of every orifice lol...
Click to expand...

There you go see, every days a school day ! :lol: Well I used a tiny bit to give it a flood type rush type flush first but at least three litres and some more until it started seeping out of the hole it was getting filled with. So it sounds like I’ve got almost a litre more than I should have :shock: Could this be the issue? Have I overloaded my poor old synchros? I was a little worried about if I had enough in there because I was up on axle stands at the time, I can remember checking that I was levelish front to back and recall a slight reverse rake as per standard :mrgreen: I’ll get under there tomozzo and undo my fill plug with a receptacle handy of course. Too much oil equals squealing :?: :?: :?: stranger things happen at sea. End of the day, the box is lubed by splashing only, there’s not a load of oil pressure developed I’m sure, unless you get it absolutely full then maybe . I’ll empty a bit out and go for a blast up the ring road by me just for curiositys sake,then I’m banging some Millers in there. Anyone want some syn trans with about a bit less than two thousand miles on it? Still in the bottles? It will be when I get to work with my funnel. Might be nice to top up some steering boxes too :shock:

In more highly strung engines such as my own I use Lucas racing 20w50 racing oil as it has a high zddp content and really good film strength which is key for high rpm and compression engines. Stock & milder engines Valvoline VR1 20w50 is a great oil as the ZPPD is decent. Neither are cheap like that ditch water Halfords sell but it’s cheaper than a shagged engine…

sparkywig said:
I reckon it's been whining for a while, but you are slightly deaf and have your choons on very loud.


I use this engine oil. 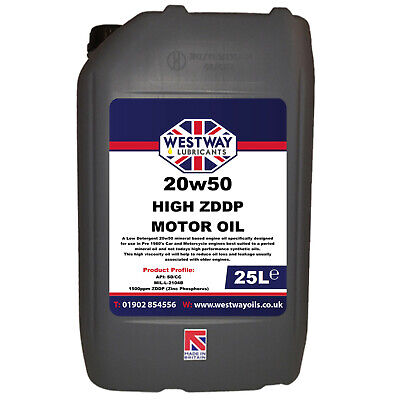 An old thread i know but i thought id mention i use the 10w/40 version of that oil,

redgaz54 said:
An old thread i know but i thought id mention i use the 10w/40 version of that oil,

Hiya Gaz,
just to update this thread, after a couple of months running regular millers gearbox oil, the whine has diminished significantly. I won’t say it’s gone completely but it ain’t howling like me at a full moon when full of Stella.

ozziedog said:
Hiya Gaz,
just to update this thread, after a couple of months running regular millers gearbox oil, the whine has diminished significantly. I won’t say it’s gone completely but it ain’t howling like me at a full moon when full of Stella.

Hiya, glad it sounds 'better'.
If it's not that noticeable and doesn't get any worse, i guess I'll be ok, if not , you know the alternative option

. Long may your flat fours splutter

Reluctance to move from 3rd to 2nd when hot...?